At my last flea market outing, I was prepared to leave empty handed but spotted two beautiful goblets just at the last moment. Could they be original Marimekko maribowls, classic Finnish goblets designed way back in the 50s ? These are just as iconic as the Mommins of Finland and are hugely popular in Japan. Well they were really the real thing, based on the word Marimekko etched onto its base. Fancy finding something Scandinavian in a flea market that has loads of vintage Chinese ware and the occasional colonial English stuff. Besides Nokia, Singaporeans are really not that familiar with Finnish brands.

I remember a flood of Maribowl lookalikes in the market a few years back though not in the rich colours these bowls are famous for. The candy hues of Maribowls give a very happy vibe. They remind me of having ice cream sundaes in different flavours every day of the week. The one I bought from the flea market costs me $20 and based on a Japanese website, the colour I had was known as parsley beer orange. The Maribowl in red was the highly prized one as it was the most difficult to make. I am tempted to start a collection but I rather take things in a more serendipity mode. Coming across one makes it more fun ! 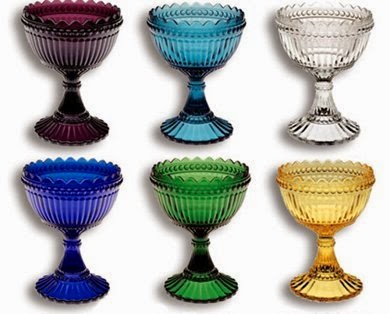 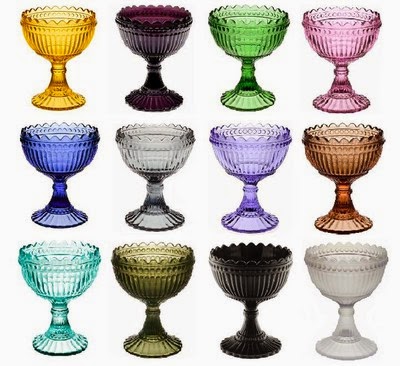 Posted by Smell the Coffee at 2:33 AM No comments:

My husband grew up in a multi-racial kampong in Singapore where life was carefree and neighbours' doors were always opened. He picked up some skills in the making of curry puffs as he helped his neighbour when she had a huge order of curry puffs to fulfill, around 500 at one go. Everyone would chip in and even though there was no pocket money to be earned, he did get to eat some curry puffs after his hard work. Just part and parcel of the kampong spirit called gotong royong. Everyone would just chip in when help is needed based on trust and friendship. Gotong royong is still evident in many of the older generation who grew up this way, a beautiful and gracious style of living, regardless of material wealth.

As my daughter was inviting some old classmates over, my husband decided to make kampong curry puffs as a tea treat. He used a mixture of sweet potatoes and regular potatoes, just like how his old neighbour used to do it. The sweet potatoes made the mixture a little more sticky and its sweetness combined with the hot and savoury sauce of the curry paste gave it contrast and a better taste.  He gave it a modern update adding minced beef and a quarter of an egg for each puff. For the pastry, we used store bought puff pastry which I loved . The butter in puff pastry just makes it soft and fluffy, much tastier in my opinion to short crust pasty which was harder and drier but made commercial sense. Back in those days, his neighbour used ghee in her pastry which we would hopefully try one day. 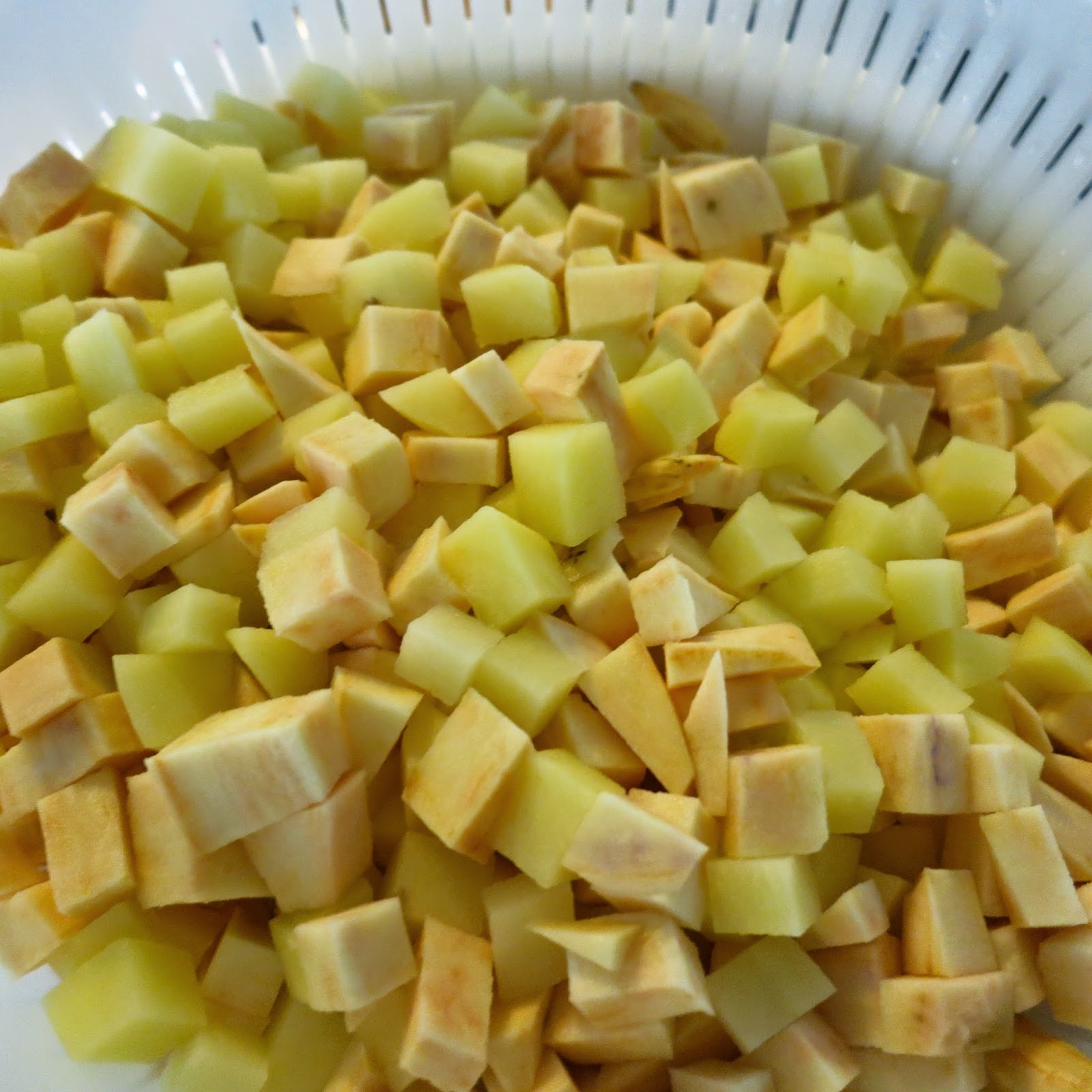 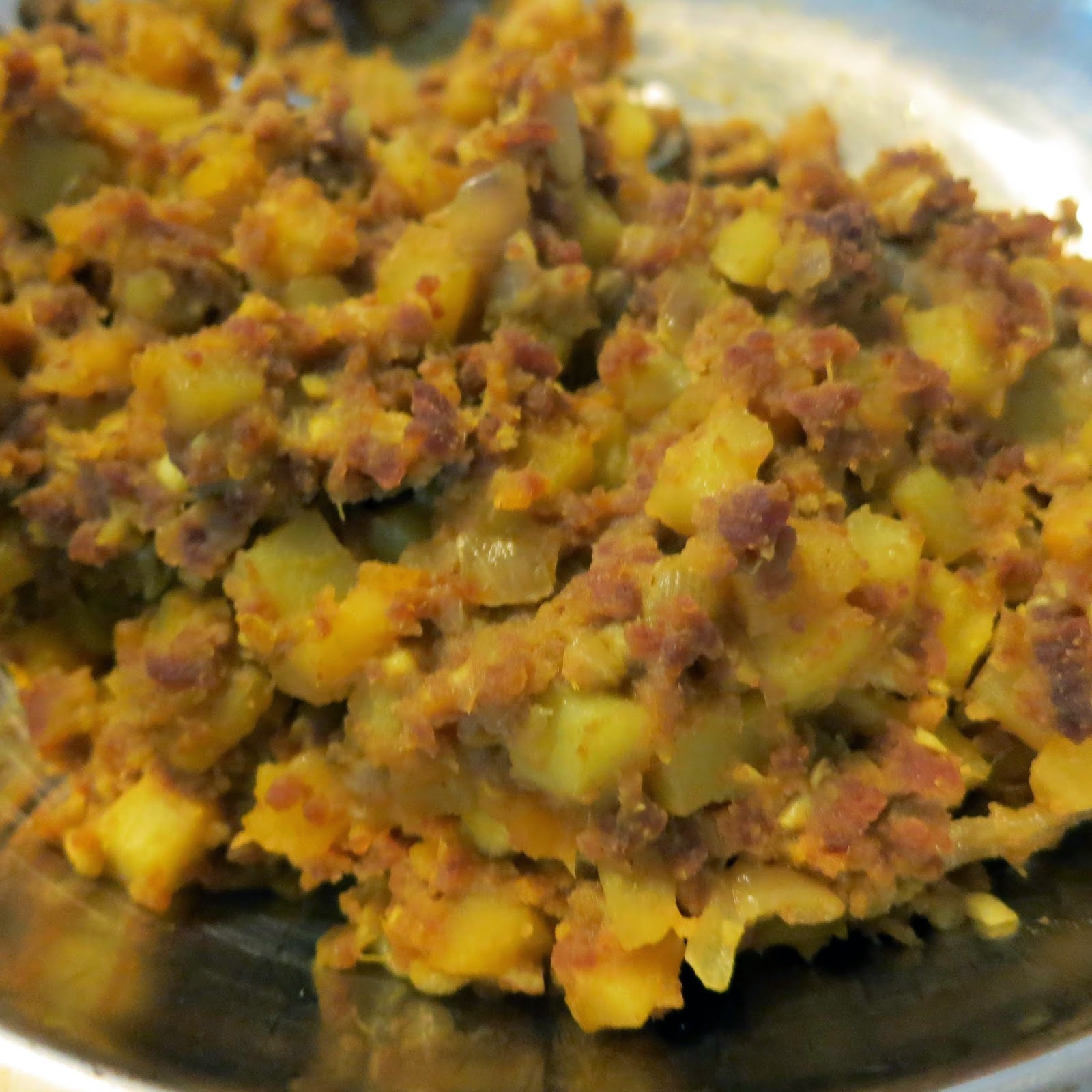 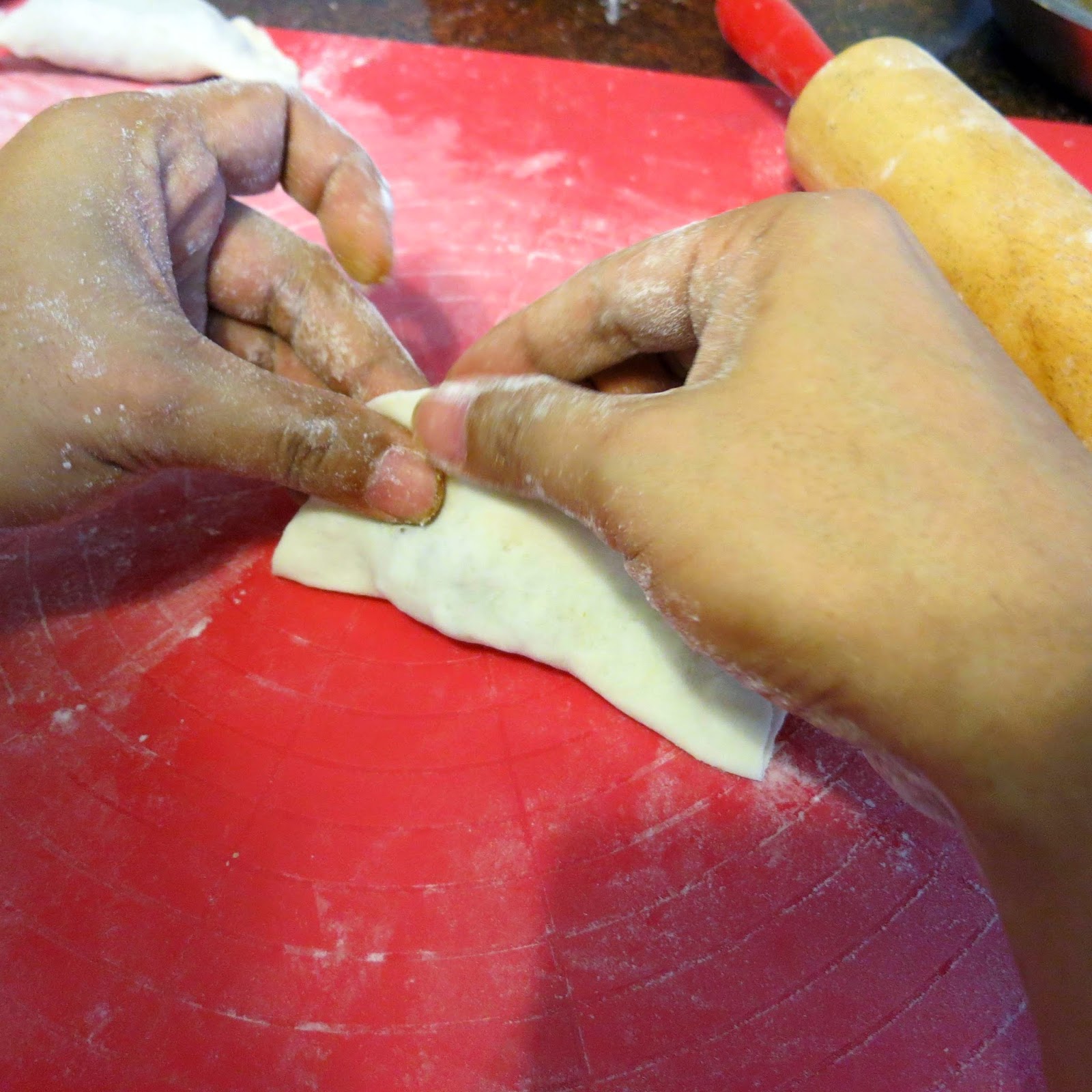 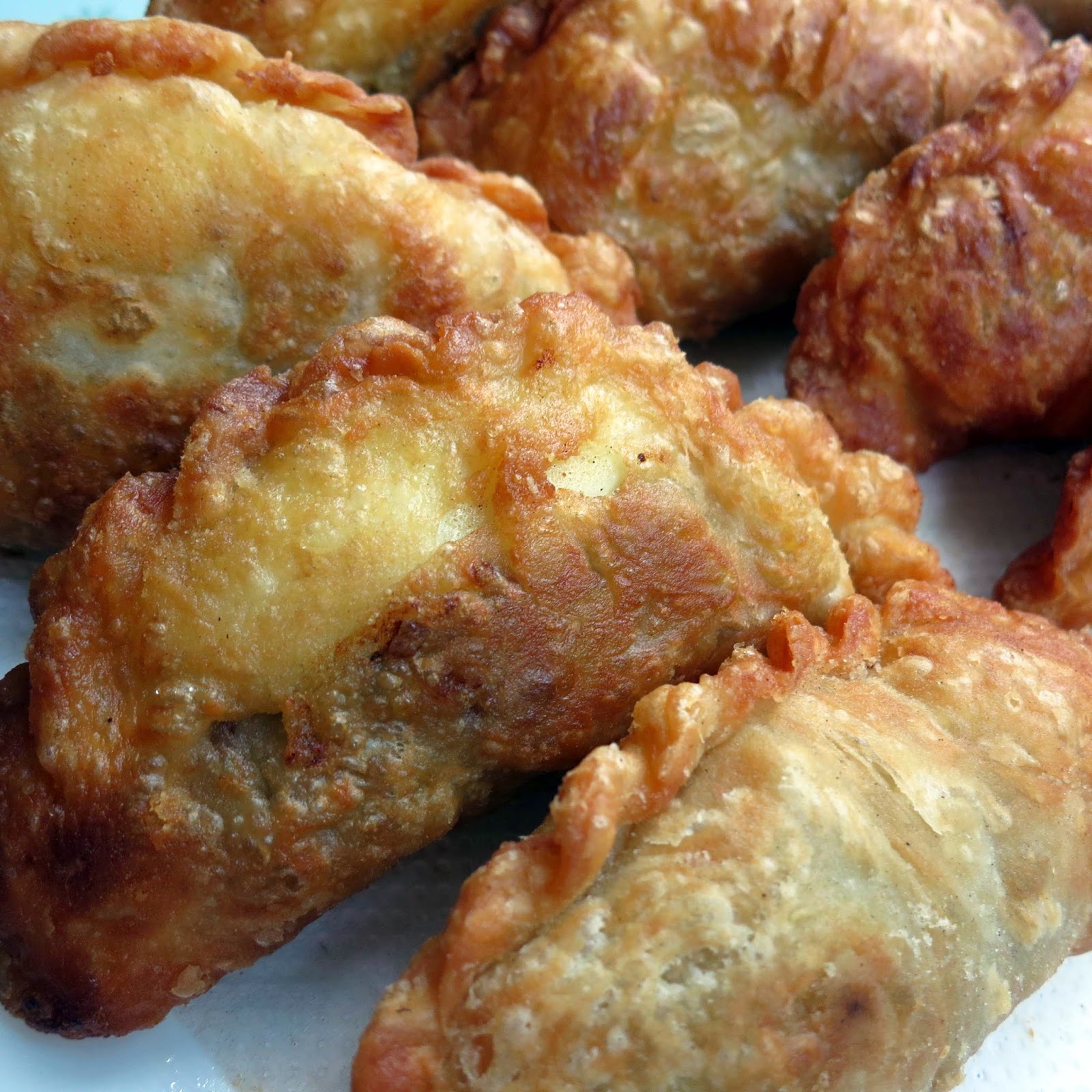 Posted by Smell the Coffee at 7:47 PM No comments: