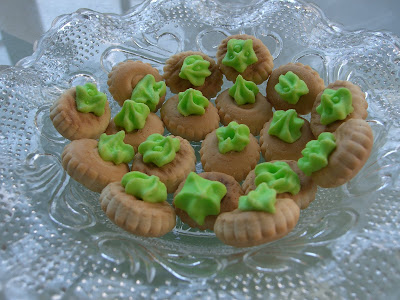 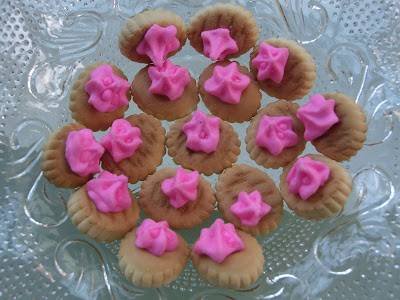 When I was growing up, there weren't as many snacks as there are today as Singapore imports back then were not as extensive.
Remember the prettiest snacks called iced gems ? They were plain and tiny little biscuits but what every kid loved was the icing on top. I used to bite off the icing first before crunching on the biscuit. The naughtiest kids even left the biscuit behind after cleaning off the top.
Haven't eaten these iced gems for a while but today, I saw them at the supermarket and just had to get them for old times sake. My younger kid was quite taken in by their colour and bit off the icing on top first before eating the biscuit. Just like mummy !
Posted by Smell the Coffee at 7:01 AM 2 comments: 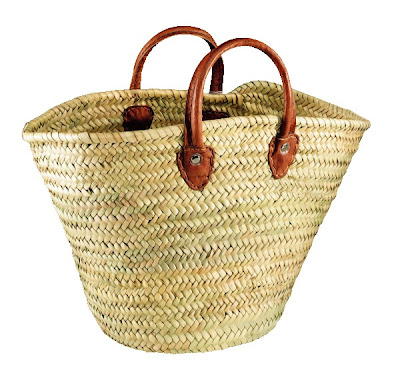 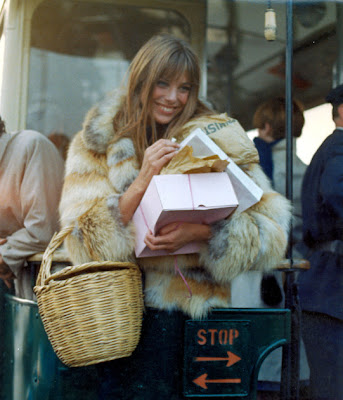 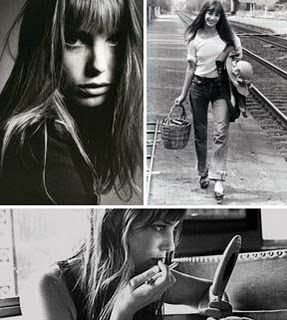 The most sought after designer bag in the world is Hermes' Birkin bag named after Jane Birkin, the British actress who became famous in France in the 70's. She looked effortlessly chic even when she was carrying a basket full of her shopping or groceries. In France, Marche bags (also known as the couffin bag) are a common sight in France and they are weaved in Morocco using palm tree leaves. They are light, sturdy, practical, versatile and 100% natural. They are also less harsh to the touch compared to cane baskets. Saw some beautiful ones at a fair so I got one for grocery shopping. It will also be perfect for a picnic in the park.
Posted by Smell the Coffee at 7:31 AM No comments:

The Spice of Life 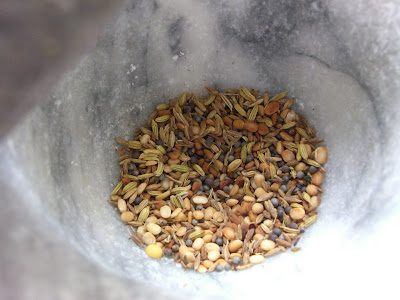 I have always loved curries. Just a whiff of the spices lifts my energy level. During my weekly Sunday morning swim, the aroma of Indian curry spices wafting through the air from the Indian restaurant next door gives me an unexplicable happy feel. No wonder past European powers had to risk the high seas in search of those wonderful spices. Different Indian states have their own signature curries while the Thais have their own versions of red yellow and green curries. At the local wet markets in Singapore, Indian curry spice stalls serve up wet mixtures of curry paste, freshly blended to suit meat or fish dishes. These wet curry mixtures consist of ginger, garlic, tumeric, onion, dry chillies and other spices. As for dry curry spices, I prefer to buy them ungrounded and only when needed, pan fried over the stove fire without any oil till it is fragrant. Then remove from the fire and proceed to pound with a mortar and pestle to release even more aroma. Some of these curry spices include cumin, coriander seeds, fenugreek, fennel seeds, black mustard seeds and cardamon. I like to fry the wet curry mix before adding in some of the freshly pounded spices. All this before adding in the coconut milk. Curries are a hot favourite in many Asian countries and what's more, curry spices are known to cure a number of ailments. For example, tumeric has been found to prevent the onset of Alzheimer's disease and dementia. Life will be bland without the occasional spicy curry !
Posted by Smell the Coffee at 6:25 AM No comments: 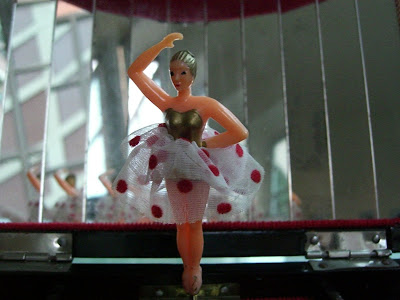 I couldn't contain my delight when I saw a vintage Japanese music box which was reminiscent of the one my childhood friend had which I so loved. It had the same little multi-mirror panels and when the ballerina danced, beautiful images appeared behind her. Two of my favourite vintage music box songs were "Somewhere my love" (the theme song from Dr Zhivago) and "Speak Softly Love" (the theme song from the Godfather). This one carries the latter and I was so thrilled when I found it.
Posted by Smell the Coffee at 6:56 AM 2 comments: 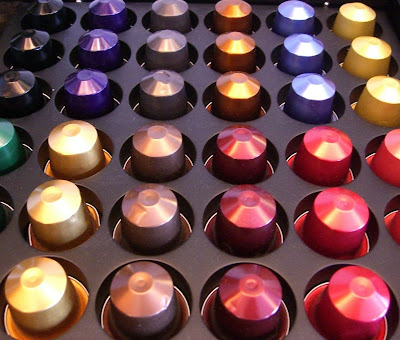 The first time I saw a tray of Nespresso, I mistook them for chocolates and exclaimed, "What a beautiful collection of milk tray chocolates !" proceeding to help myself to one. Finally realised that these colourful capsules or pods were actually filled with coffee which can only be bought through Nespresso boutiques or via mail, phone or internet. What's more, they can only be made on a special type of coffee maker -a Nespresso coffee maker. By buying the system, one is committed to only using the Nespresso capsules and this means that the prices of the pods are pretty controlled. Each colour pod indicates a variety of coffee and there are 16 different types altogether, each with its own grade of fineness and aroma. Gourmet coffee taken to the next level.
Posted by Smell the Coffee at 5:39 AM No comments:

This past week has been reflective for Singaporeans with the passing of Mdm Kwa Geok Choo, the better half of Singapore's founding father, Minister Mentor Lee Kuan Yew. She was once asked by Nixon during a state dinner party, "Mrs Lee, tell me, is it true that you were No. 1 in the class at Cambridge Law School and your husband was No. 2? To which she replied : "Mr President, do you think he would have married me if that were the case?"

She had great intellect but never sought the limelight as most first ladies do, preferring to devote her life to her husband and her children while running a very successful law firm. Stories from those who knew her have unravelled the strength of her character, her wit and the good values she upheld. She was "old school" in her ways of bringing up her children, to the point of asking her children's teachers not to hold back caning as a form of discipline if needed. She resisted special treatment for her children and such good grounding have made them who they are today. And despite her status in society, she was also know to be frugal, which are characteristic of women who have lived through war and tumultuous times. These women are of a special vintage and impart great values of family, kindness, thrift and respect for elders which are getting quite rare in today's society. Parents now have a habit of splurging on their children to make up for the lost of quality time, with maids available at their kids' beck and call. Perhaps I am generalising a little too much but many might agree with me that we are witnessing a new generation which takes things for granted and will become less hardy if life takes a turn for the worse.

Mdm Kwa had virtues that made her a most admirable lady. Minister Mentor Lee Kuan Yew said without his wife, he would be a different man with a different life. Indeed behind every great man is a great woman and Singapore had been most fortunate in that aspect.
Posted by Smell the Coffee at 11:39 PM No comments: 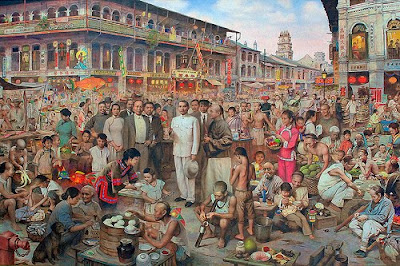 In recent years, Singapore has been attracting a new wave of immigrants from all around the world who bring with them new skills and creativity. Chinese prowness in arts have made the art scene in Singapore all the more vibrant and colourful. One example is Chen Chudian, a painter from Shanghai who has made Singapore his home. His painting of Sun Yat Sen visiting Singapore's Chinatown on a Mooncake Festival night more than 100 years ago is an impressive masterpiece. It features in great detail the people of Chinatown as they go about their lives - the street hawkers peddling their wares, grandmothers doting on their grandkids and even a dog drooling at Chinese buns in a steamer. All these activities while Sun Yat Sen cuts an impressive figure right in the middle as he poses for a picture. Sun Yat Sen has been acknowledged as the father of modern China as he led a revolution against the decadent Manchu imperial dynasty. During that time, he used Singapore as his base to gain support and many Chinese immigrants here contributed to the cause. This work of art is now on permanent display at the Sun Yat Sen Memorial Hall in Balestier Road.
Posted by Smell the Coffee at 7:19 AM No comments: