Processing life experiences by meeting people different from those in our usual social circle enriches in many ways. It also makes me curious about the passion that drives them. One fine day, quite out of the blue, Hena my friend asked if I would like to come along to visit a dark room studio owned by her friend Lo Sheng. As my favorite motto these days is "Why not ?" I just went along for the ride. Surfing life's waves is what I call it.

So off we went to the Analog Film Lab in Ubi which I understand is the last of its kind left in Singapore. In this digital age, you would think that such a place would be run by men in their 60s, masters of the craft back in the 1980s and 1990s. But surprisingly, they are all relatively young, men in their 30s and 40s who have day jobs but come together on special days to run this business with a kind of artisan pride. Lo Sheng explained to me the different types of films and negatives the lab processes such as the 35mm colour and black and white rolls of Kodak, Agfa and Fuji. That brought back memories of how my dad taught me to load film and that I had to make sure it sits nicely into the camera sprocket while the tail end of the film latches on and gets wound in properly. There is also the E6 slide film, unrivaled in terms of richness and depth, a favorite medium for collectors and galleries. An elderly client happened to pop by and was showing me with pride his processed slide films of soon to be demolished places in Dakota Cresent. A lightbox illuminated the film slides and through a slide viewer, I could see the vivid details of each picture. There was a shot of a banana tree laden with fruits and it looked so real that I felt like I could just reach out to pluck its fruits. Die hard fans who have experienced slide films still feel intoxicated enough to keep wanting this art form. The digital medium may be fast and convenient but to these connoisseurs, there is a pure pleasure of looking at analog pictures.

Lo Sheng also mentioned that his place has spare capacity during the day so he is on the look out for people who used to work in this trade and would like to get their hands working on this magic again. 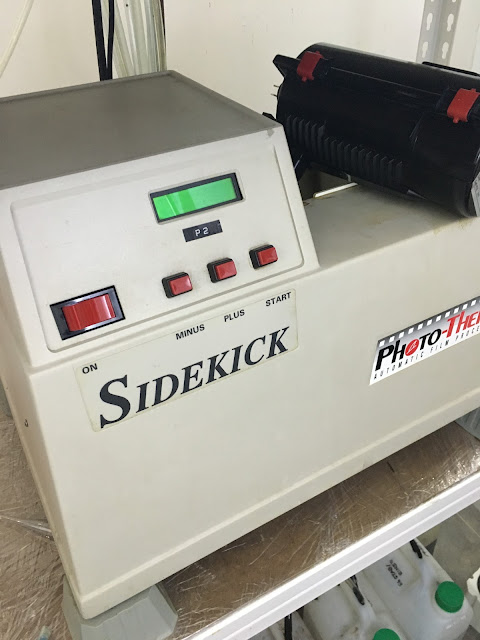 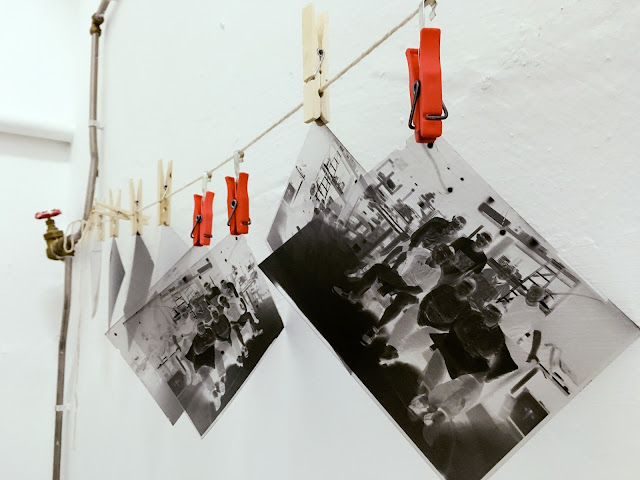