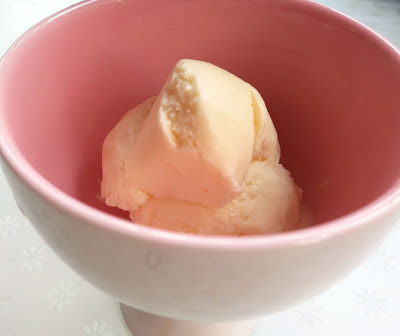 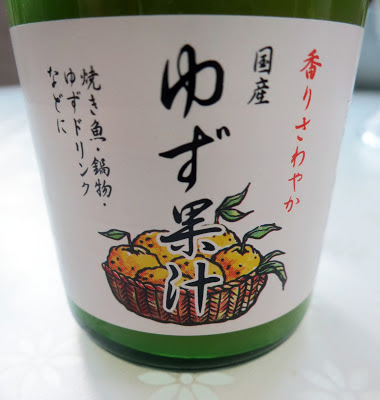 Attempted yuzu ice-cream over the weekend as I love the tart and fresh taste of the the yuzu fruit which looks like a cross between a lime and a Mandarin orange. Yuzu is harvested in Japan during the autumn/winter season with some Japanese even taking a hot yuzu bath to keep the colds at bay. Took the MRT to Meide-ya, a Japanese supermarket at Liang Court to see what I can source as this was probably the best place in Singapore to find all supermarket things that are Japanese. As June is not the season for yuzu, I had to make do with a small little bottle of yuzu concentrated juice costing around $14 which is rather expensive for a miniature bottle. Content wise, it says pure yuzu juice and salt. Well, at least it doesn't come with the whole baggage of chemicals and preservatives. Made a little custard from milk, cream and eggs but a little lapse from answering an sms gave me "scrambled eggs" instead of a nice, smooth custard. Threw away the first batch including the little precious 4 teaspoons of yuzu juice that I've added in. The second attempt was much better and gave me a wonderful batch of creamy yuzu ice-cream.

I love experimenting in the kitchen with new ingredients. Not everything comes up roses but each failed recipe makes me learn and I get even better at it the next time.
Posted by Smell the Coffee at 6:14 PM