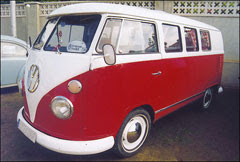 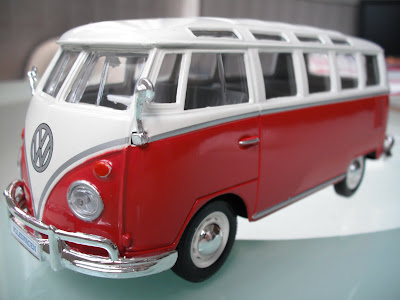 The original Volkswagen Beetle was such a happy car to look at. Design wise, it looked like it was smiling Dolphin which came with its own happy gurgling sound. My neighbour had one while I growing up and I used to wonder why my dad wouldn't get one instead of the car we had. My dad said it sounded like a motor boat because it was guzzling way too much gasoline.

Was surprised to see the Beetle toy van at a neighbourhood bookshop and it was really cute in red. Had to get it. Found a similar picture of the real thing too on the web in the exact colour.
Posted by Smell the Coffee at 5:27 PM