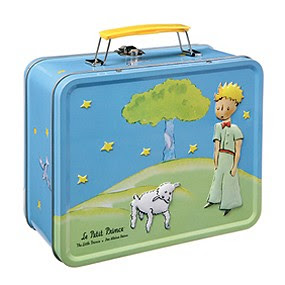 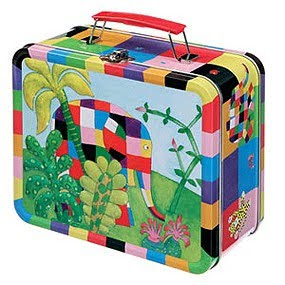 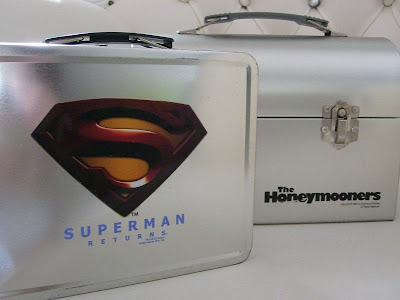 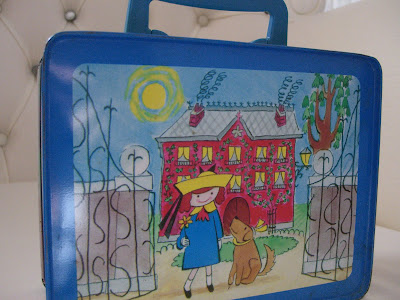 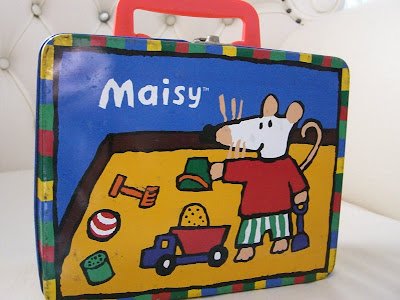 I had my first metal lunchbox when I was in primary school and it had Charlie's Angels on it. Didn't use it much eventually as I got tired of sandwiches and would rather eat the "nice" fried food at the school canteen.

Metal lunchboxes were popular in the late 70's but soon the fad lost its appeal in Singapore. When I visited a toy store on a trip to New Orleans in the early 2000's, I was happy to find 2M metal lunchboxes - Maisy and Madeline, 2 favourite characters of my daughters , Lisa and Chloe. They loved playing doctor and would keep their toy stethoscope, thermometer and other medical equipment in the Maisy box while little stickers and knick-knacks would go into the Madeline box.

Recently, I came across these metal lunchboxes again while browsing through thelittlehappyshop website. It brought back those happy memories and I went to dig up Lisa and Chloe's metal boxes. The Maisy and Madeline lunchboxes were still there, a little worn but none the worse. Best of all, their little doctor's things were still in there. These boxes will always be my little keepsake to remind myself of those precious growing up memories of my two girls.

I have 2 other metal lunchboxes which were movie premiums given to me. Being all silver, they were beautiful in a more adult way. I am now tempted to get some new ones at thelittle happyshop website. They have a really colourful one featuring the elephant Elmer and one featuring the Little Prince. They will make beautiful birthday presents for children.... and myself.
Posted by Smell the Coffee at 2:02 AM