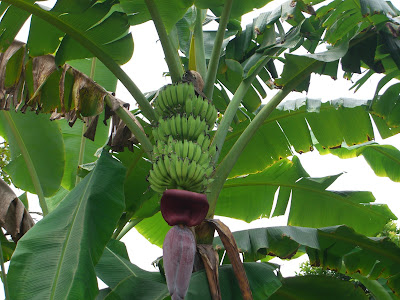 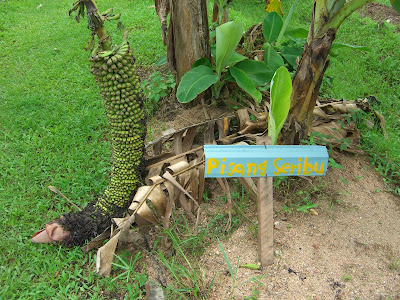 Above: Pisang Seribu also known as a thousand fingers. 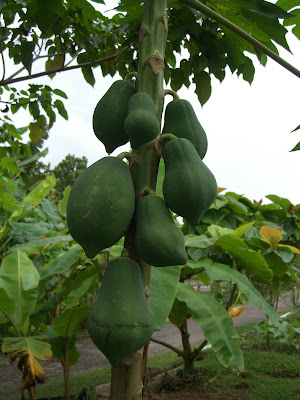 Above: I once grew a papaya tree in my mum's backyard and it was fruitless for years. Turned out it was a male papaya tree ! 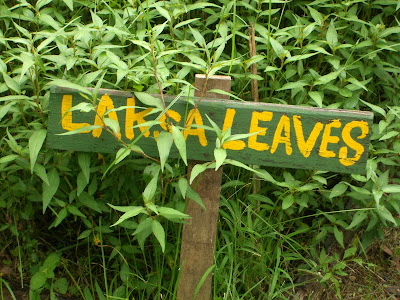 Above: Consuming too much laksa leaves actually curbs one's sexual drive. Apparently, monks grow a lot of these when they can (according to the tour guide on the farm) 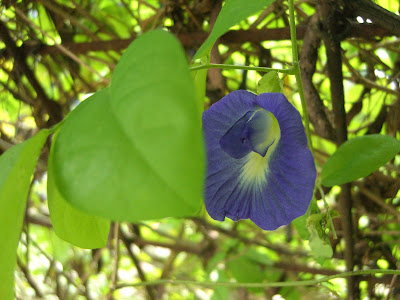 Above: The colouring of the blue pea flower is commonly used in Peranakan kuehs 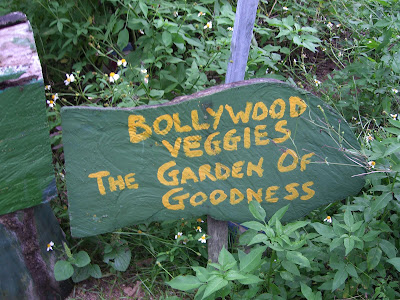 Great thing about having a blog is knowing how it reflects one's state of mind, how inspired or uninspired you are. Well, the latter describes the state I'm in. Maybe the best way is to get back to basics. To the grounded reality of a farm....in a city. Bollywood Veggies is a 10 hectare farm in Kranji owned by a Singaporean couple who yearn for a paradise lost in Singapore and wanted to demonstrate the viability of land sustainability. From growing around 90% of its own food in the 1960's to less than 10% today, Singapore is almost completely reliant on imported food. With most people living in high rise flats, house plants are the closest most Singaporeans have to growing something green, much less vegetables, fruits and herbs.
Bollywood Veggies is like a sanctuary for stressed out urbanites to explore the unappreciated countryside. This is great for a Taurean like me who relishes parks, open spaces and nature. Was there for an office retreat, not exactly what you call destressing but it is good to get away. We were given a farm tour and I felt just like a school kid on an excursion again. There is a wide variety available from long beans, sweet potatoes, papayas, yams to more exotic ones that are hardly heard of these days as well as a large variety of banana species, even inedible ones distinguished from the edible ones by flowers that grow upwards.
Also on site was a quaint, air-con cafe called Poison Ivy, named after the owner which serves food from the supplies of the farm. And what was also fun was a little culinary adventure we had in the kitchen where we learnt to make masala egg sandwiches, sweet potato leaves omelette and green papaya salad. My favourite was the masala egg sandwich which was made using mayonnise, curry powder and chopped up laksa leaves, all mixed together with a little salt and poured over cut hard boiled eggs on a slice of bread. Toast the bread and voila, an exotic sandwich that is simply yummy.
Bollywood Veggies, somewhere a little different for Singaporeans , away from the ubiquitous malls in the city. Address : 100 Neo Tiew Road, Singapore 719026 Open Wed-Sun 9am-6pm
Posted by Smell the Coffee at 6:17 AM