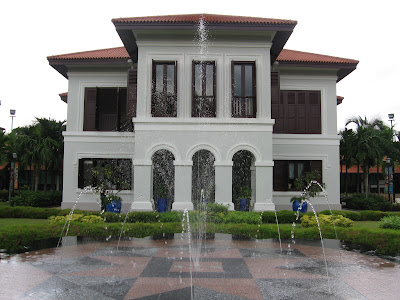 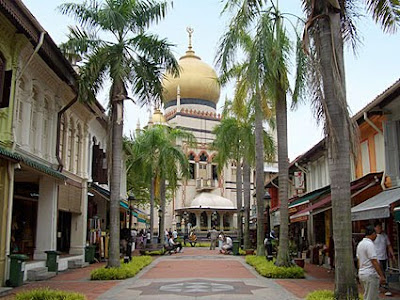 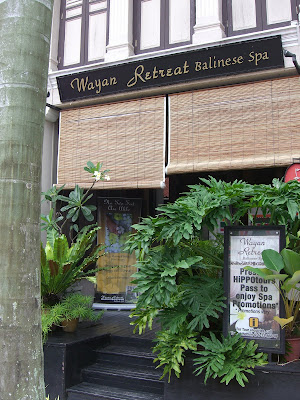 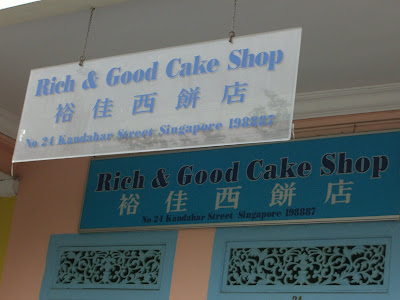 The Kampong Glam area in Singapore has a nice, languid feel to it. With the iconic Sultan Mosque standing tall amidst the quaint old shops, it exudes an Islamic cultural vibe that is very refreshing in urban Singapore with street names like Arab street, Bussorah Street, Bali Lane, Badghad Street and Kandahar Lane.
It was in 1822 that Stamford Raffles drew a master plan for Singapore, assigning specific areas for different races to live in. Kampong Glam was allocated to the Malays, Bugis and the Arabs and the village derives its name from the glam trees found in abundance there. Prior to the master plan, Sultan Hussain Mohammed Shah ceded Singapore to the British East India Company on 2 August 1824 in exchange for cash and annual pensions. This area was given to the Sultan as his 'personal accommodation' after he signed the treaty. Hence Sultan Gate and its Istana became the seat of Malay Royalty in Singapore. In the years following, there were stories of in-fighting between the Sultan's descendants over the inheritance of the place and the case was brought to the public courts. In 1897, the Court of Singapore ruled that the land belonged to the Colony of Singapore and not to the Sultan's descendants though they were allowed to use it. They continued to do so and according to a friend who grew up in the area, the Istana soon fell into a state of great neglect.
Then in 1999, Kampong Glam was designated a conservation area and there were plans to convert the Istana into a Malay Heritage centre. A lawsuit was brought against the government but eventually it was settled with the Sultan's descendants getting $350, 000 a year for 30 years including resettlement benefits. The building has since been restored to its former glory and converted into a Malay heritage centre. Last weekend, after my little shopping at Haji Lane, I wandered around in the Kampong Glam Area like a tourist in my country. In the vicinity of the Malay Heritage Centre (Istana Glam) is Kandahar Lane. A row of colourful, restored shophouses caught my eye. One had a quirky name. Apparently, the Rich and Good Cake Shop is famous for its silky soft durian, pandan and mango Swiss rolls. There is also a halal Thai restaurant in the same row called Bumbu, a Chinese opera theme cafe and museum and a delicious nasi padang place called Warong Nasi Pariman along the same row. What an eclectic mix !
Also, at the nearby Arab Street, there are quaint little shops selling baskets, carpets, perfumes from the Middle Eastern and textiles. Some of the loveliest lace materials for evening gowns and wedding dresses can be found here. Dressmakers and even haute coutre houses come to Arab Street for the selection of fine fabrics, sequins, crystals and beads.
Certainly a nice place to spent a relaxing Sunday afternoon over a cup of tea halia (ginger tea) or tea tarik.
Posted by Smell the Coffee at 6:01 AM