A series of art depicting shophouses on the walls of a hotel in Malacca caught my eye and I couldn't resist taking shots of them while my family were having breakfast. Most of these shophouses are called five foot ways and they are commonly found in cities with a British colonial past such as Malacca, Penang and Singapore. Five foot ways in Singapore date back to the time of Stamford Raffles who included this and other details in his town plan of 1822.  Each shophouse has a five foot sheltered walkway in front of it and they provide shelter from heat and rain. And if business is good, activities spill out onto the walkways. Fortunately, some of the best food in Malacca are still found in coffeeshops with five foot ways in contrast to those in Singapore which have been affected by modernisation. 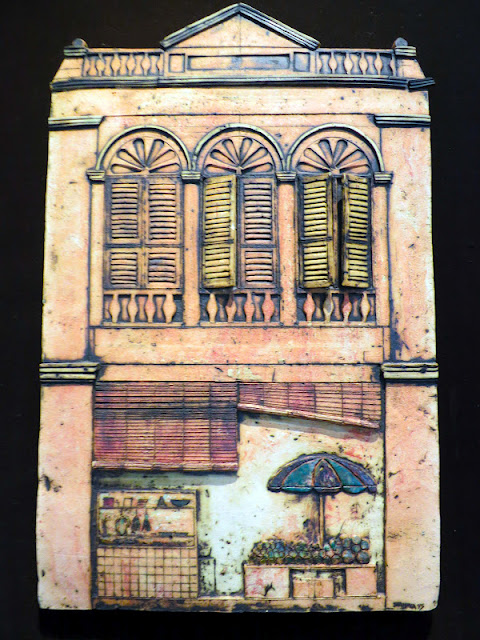 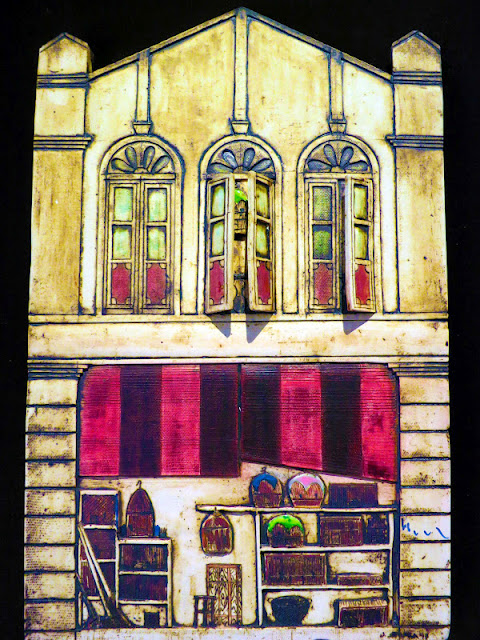 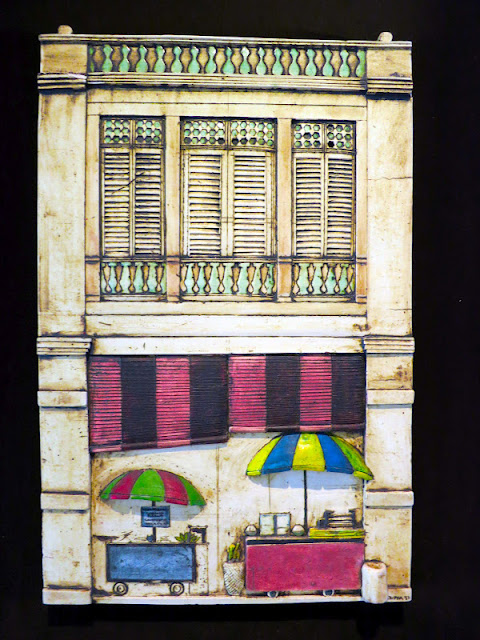 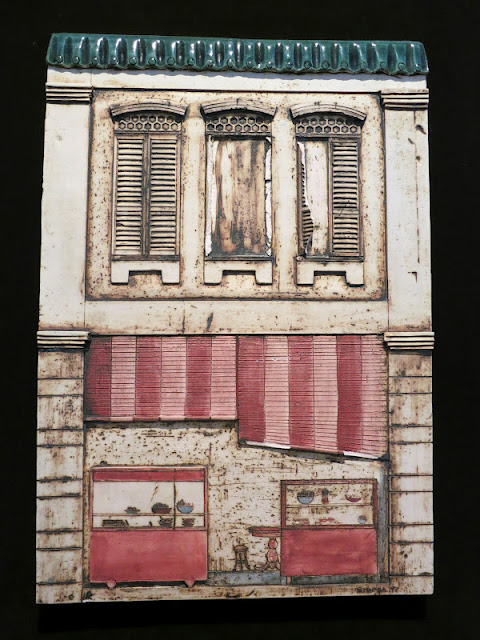 Posted by Smell the Coffee at 8:00 AM