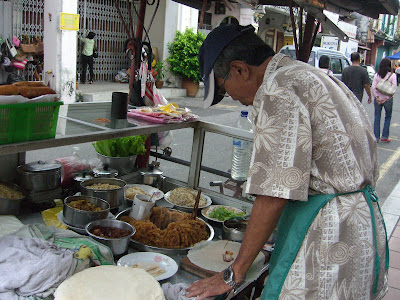 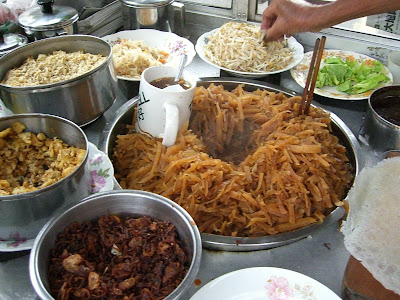 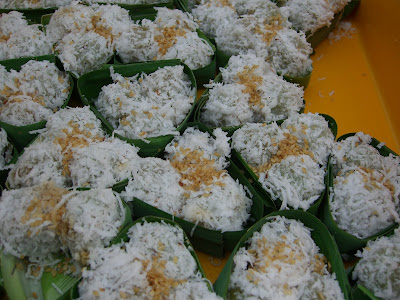 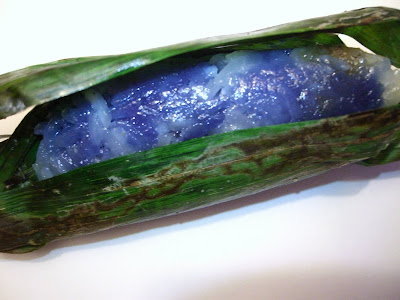 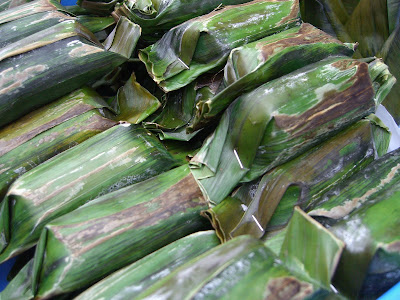 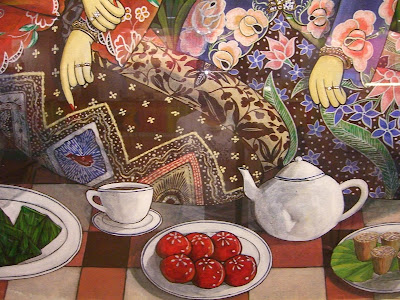 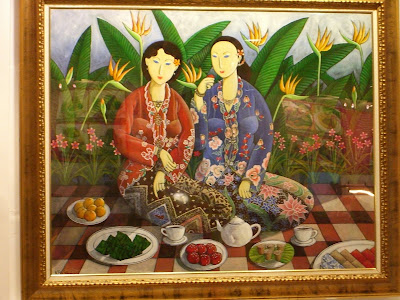 Went to Malacca for a few days to enjoy a leisurely pace of life, good food and family bonding.
Came across a painting of 2 Nonyas ( Peranakan ) ladies enjoying a picnic with some kuehs and tea and it made me hanker for these goodies. So despite the dark skies and threatening rain, I made my way down to Jonker street and was lucky enough to find some at one of the street stalls. I particularly enjoyed the rempah udang which had the most unusual savoury sweet taste. Peranakans use pounded bunga telang ( a blue type of flower ) to give some of their food a distinctive bluish colour. The ondeh ondeh however tasted a little different due to the sesame seeds sprinkled on the top and it made it taste more savory than sweet. Only wished that the gula melaka within could have burst at one bite. Gula Melaka is a sugar from the coconut tree and Peranakans use it frequently to flavour their kuehs as desserts. It originated from Malacca (Melaka in Malay) itself, hence the name.
Also there every weekend at Jonker street was the popiah man. He would be stationed there come rain or shine and for 2 ringgit, one can get the taste of truly old fashioned and tasty popiah. The secret ingredient was actually lard which gave the popiah its crispy fragrant bite. I grabbed some Indian vadai (pronounced as 'Vah-daa' ) too, freshly fried at the roadside stall and costing only one riggit for 3. That was probably the best and cheapest vadai I 've ever had. Vadai, a savoury snack originated from South India and is made from bengal gram, seasoned with curry leaves, tumeric, coriander and cumin spices. By this time, little rain drops began falling and I didn't had the time to take even a picture. Must come back again for the Vadai.
Posted by Smell the Coffee at 3:01 AM

Looking forward for your next recommendation.