I first came across the name Adriano Zumbo's name on a special edition of Tim Tam. My friend brought it back from Australia and I was pretty amazed that there is a "designer version" of Tim Tam. I've heard of Kate Moss' fashion collection for H & M but to me, it was even better to have a designer patissier. And on this trip, I saw his name again at the Cake Bake and Sweets Show Sydney 2015. Apparently, his first appearance on Masterchef Australian Season 1 shot him to fame when he introduced viewers to croquembouche - a French dessert consisting of chux pastry balls piled into a cone and bound with threads of caramel.

His name is also synonymous with macarons and his creations are called zumbarons. There were 12 flavours on sale at the show : Zumbo's Classics- Malted Milkshake, salted butter caramel on toast, Fingerburn, peanut butter and toasted coconut, Franceso brownie and V8 Vanilla ( I suppose version 8 of his vanilla experiments tested best ). And under his gluten free favourites - caramel au beurre sale, matcha green tea yuzu, coffee brulee, drunken pear, toasted marshmellow and salted butter popcorn. Each six pack costs $16.50 while a dozen of the full collection costs $33.

Decided to go for his passion fruit creation which had a lovely pinkish orange topping. His creations comes highly branded with a little Zumbo tag attached on top. Well at least I tried one of his creations. I love passion fruit curd and this actually tastes pretty good ! 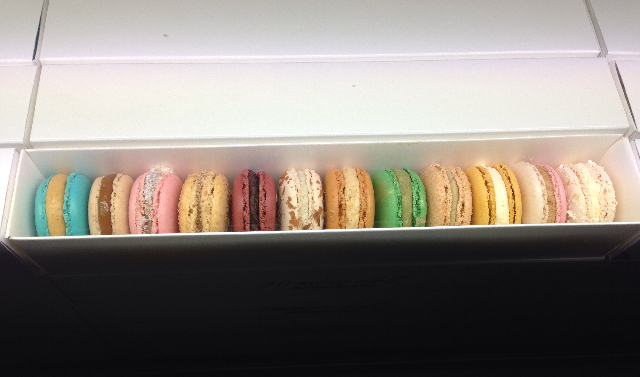 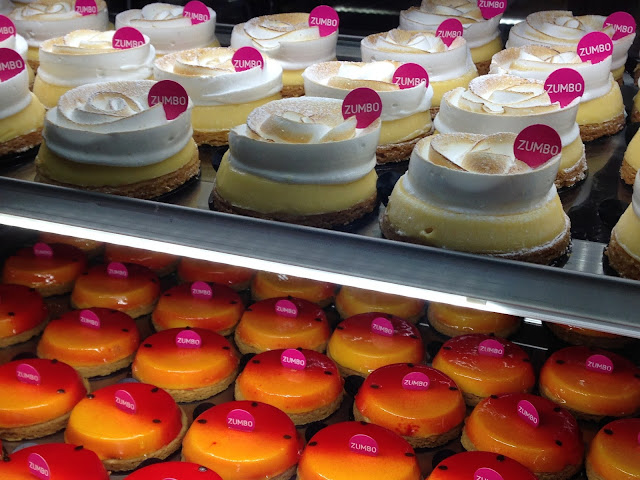 Posted by Smell the Coffee at 4:54 AM