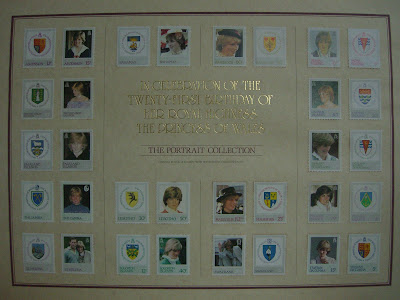 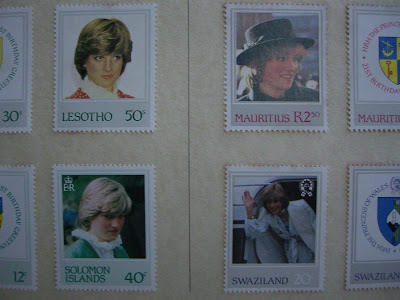 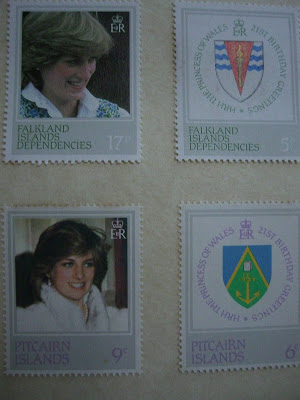 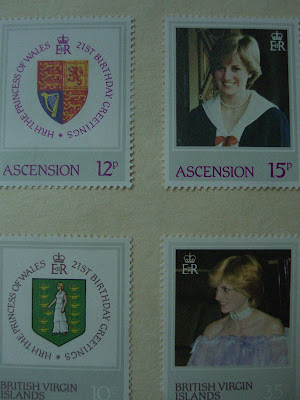 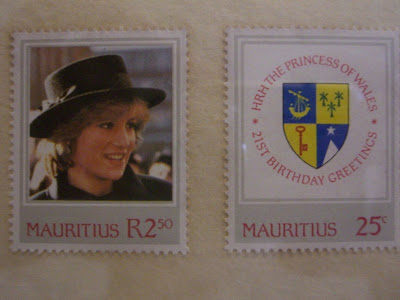 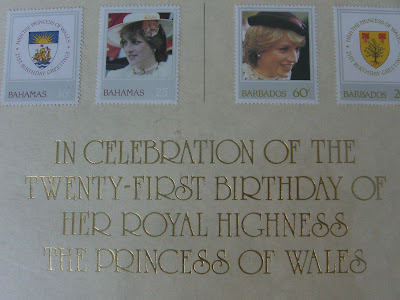 Sometimes, one does come across a gem of a find when least expected. Stumbled upon a stamp fair and exhibition one Sunday afternoon and while browsing through some vintage first day covers at a stall, I came across a portrait collection of stamps commemorating Princess Diana's 21st birthday way back in 1982. I was a little amused by a chubby kid who was manning the stall. He was oblivious to my interest as he was concentrating on his playstation game. A gentleman came over and said " That collection is one of my favourites but I am letting it go." I asked him why, as he could pass it on to his kids. We both looked at the kid and he said , " All he cares about are video games. He has no interest whatsoever in my stamps ! "
It was obvious. Kids these days are all into gadgets and gizmos. So should I buy it ?
The Princess Diana era has passed and looking back, it was one of the most dramatic and riveting modern real life soap opera story that held the world's attention for almost two decades. From her days as a nursery school teacher to the most lavish wedding televised live throughout the world, from her two pregnancies and royal world tours to her very much publicised rift with the firm (royal family). These included marriage breakdown, divorce, community work, wealthy suitors and tragic death. And now, the world awaits for the wedding of her son Prince Harry and Kate Middleton on April 29, 2011.
He asked for a very reasonable price and I agreed. Looking at the collection, I am amazed at the number of states linked to Britain, all of which I believe now comes under the Commonwealth. Ascension, British Virgin Islands, The Gambia, Lesoto, Bahamas, Barbados, British Antarctic Territory, Cayman Islands, Mauritius, Pitcairn Islands, Swaziland, Soloman Islands, Tristan Da Cunha and Falkland Island Dependencies. Stamps give a sense of history and geography. If only the younger generation could appreciate it.
Posted by Smell the Coffee at 6:20 AM