The Victoria and Albert Museum in London was having the most talked about exhibition on the life and works of David Bowie, an artist who was really ahead of his time when he hit the British music scene in the early 70's.

In my growing up years, I was exposed to his music though I was too young then to understand the depth of his artistry. My school mates and I were more into the teen music of that decade. David Bowie was a little too "freaky" for us with his Ziggy Stardust alien like demeanour and androgynous look though I do remember liking the iconic, droning sounds of "Ground Control calling Major Tom", the recurring line of his hit Space Oddity. He was indeed a mesmerising performer and I remember watching him on TV in BBC's Top of the Pops as he sang The Man Who Sold the World together with Lulu. But my all time favourite song from Bowie must be Heroes. I don't know why but it has a cool vibe which makes it a perfect song for late night listening.

Enjoying a retrospective look at his works in this beautiful exhibition at V and A also showed us what an incredible artist he was in terms of range and depth, from songwriting and arrangement to fashion and theatrical performance. His collaboration with fashion designers such Kansai Yamamoto and a then very young Alexander McQueen, as well as his different personas through the years - Ziggy Stardust, Aladdin Sane (a pun on the word A Lad Insane), Thin White Duke and more was truly avant garde. His work was really driven by passion, curiosity and experimentation. Very different from the marketing formulas of some of today's artistes. Picture taking was prohibited at this exhibition which is a pity cos I really like his costumes on display. 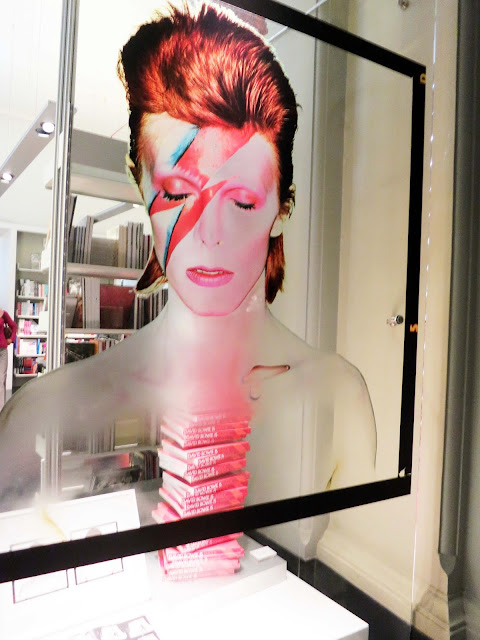 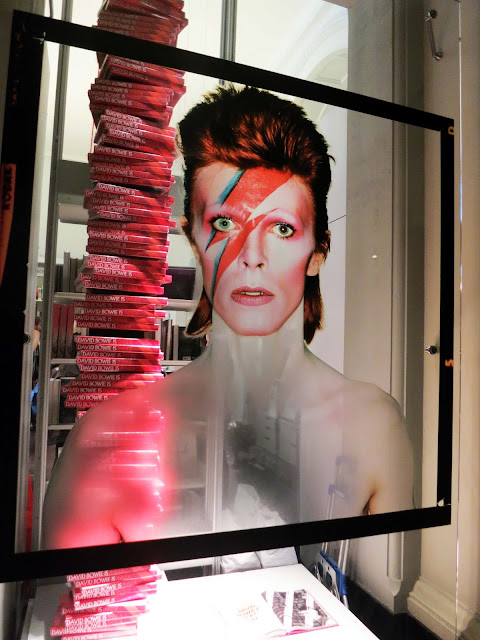 Posted by Smell the Coffee at 9:03 AM