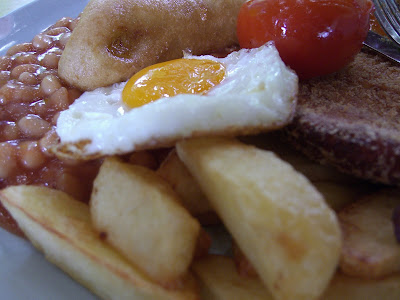 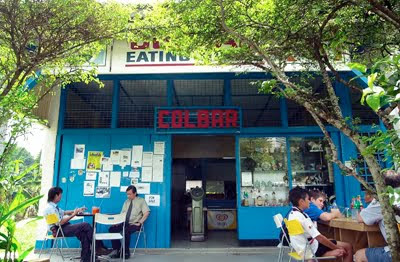 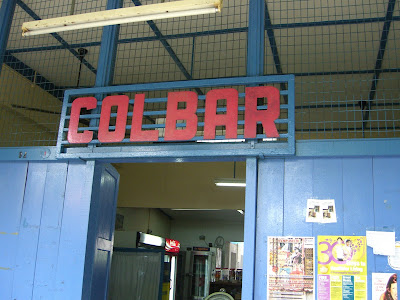 Went to reccee for a production recently and that brought me to the Portsdown Road area in Singapore. Heard of this place vaguely in some newspaper reports years back about a long established neighbourhood cafe called Colbar and sadly, how it had to make way for a government construction project.
Well, since then, there has been a happy ending for this cafe. The residents in this area which consists mainly of expats, petitioned to save the cafe and miraculously got their way.The cafe was moved hook, line and sinker or should I say planks, tiles and roof to a place that was quite close to the original site. That means Coldbar was literally transported and rebuild using the materials from the original building. It is now sitting prettily in a beautiful, luscious green area surrounded by black and white houses built during the colonial days. These colonial houses are rented out by the Singapore government and are highly sought after by the expat community. A rustic enclave reminiscent of a little English village with street names like Wessex and Whitechurch Road and is indeed a good place to lead a different lifestyle away from the hustle and bustle of the city. While the birds, butterflies and bees are a welcome sight, residents do have to put up with the occassional fruit bats and snakes.
And amidst this greenery is Colbar with its coat of blue paint, ceiling fans and retro deco items such as an old weighing machine. Colbar has a menu that is printed very plainly just like the days of yore where design has not reached such levels of sophistication as today. And like British cookbooks of the 60's, it had all words and no pictures but I suppose that adds to the charm. Fish and chips, steaks and the ever popular Maryland chicken are hot favourites here. It has a self order and pay up front first practice where the food will be served later at your table . A nice getaway from the city if you want a laid back Sunday feel and some hearty Western meals.
Posted by Smell the Coffee at 8:10 AM