The Alhambra in Granada, Spain

The pinnacle of a visit to Southern Spain would be to the Alhambra in Granada, a world famous UNESCO World Heritage Site that requires bookings way in advance for visits.

Built by Muhammed I - founder of the Nasrid dynasty in 1238 who lived humbly in the fortress area of the Alhambra , known as the Alcazabar among his soldiers. It was his descendants that started the building process of the Alhambra - Ismail I and Muhammad V who built the Mexuar Palace, Yusuf I ( seventh Nasrid ruler ) who built the Comares Palace and Mohammad V who completed the Palace of the Lions. Extensions were built through the various reigns but they followed the consistent theme of "paradise on earth" with fountains of water and reflecting pools as well as the plan of new quadrangles, connected with each other by smaller rooms and passages.

Muhammad XII was the last Nasrid ruler who surrendered to the Catholic Monarchs - Isabella of Castile and Ferdinand II of Aragon on the 2nd Jan 1492. Thankfully, they did not destroy the Alhambra, choosing instead to add their own touches to the structure.

In 1526, Charles V visited the Alhambra after his wedding to Isabella of Portugal in Seville and decided to build a palace on site. The palace of Charles V looked absolutely at odds with the Moorish beauty of the Alhambra. Ironically, Charles V never returned to see his finished palace and today, it houses the museum of the Alhambra.

Had a Spanish guide who lived all his life in Granada and he gave the most interesting details of the Alhambra - how the Nasrid rulers were actually descendants of nomadic tribes which explained why there was a lack of furniture normally associated with lavish palaces. Instead the walls and pillars were lavishly adorned with the carving inscriptions praising the glory of Allah. He also mentioned that the beautiful structures that were hanging down from the ceilings were made to emulate the stalactites in the cave where the Prophet Muhammed received his revelation from Allah. And unlike the Catholics, the Muslims do not believe in having icons or statues which had a real life likeness to people or animals as they believe that Allah is the ultimate creator.This explains why the "lions" in the Court of Lions do not resemble lions at all.

Much of the Alhambra has been restored but many parts that are now white used to glisten with different colours such as blue, red and golden yellow. There were also precious stones and jewels that adorn the domes but were plundered over the years.

The magnificence of the Alhambra has to be truly witnessed on site. This together with the Mezquitta of Cordoba make a trip to Southern Spain really special ! 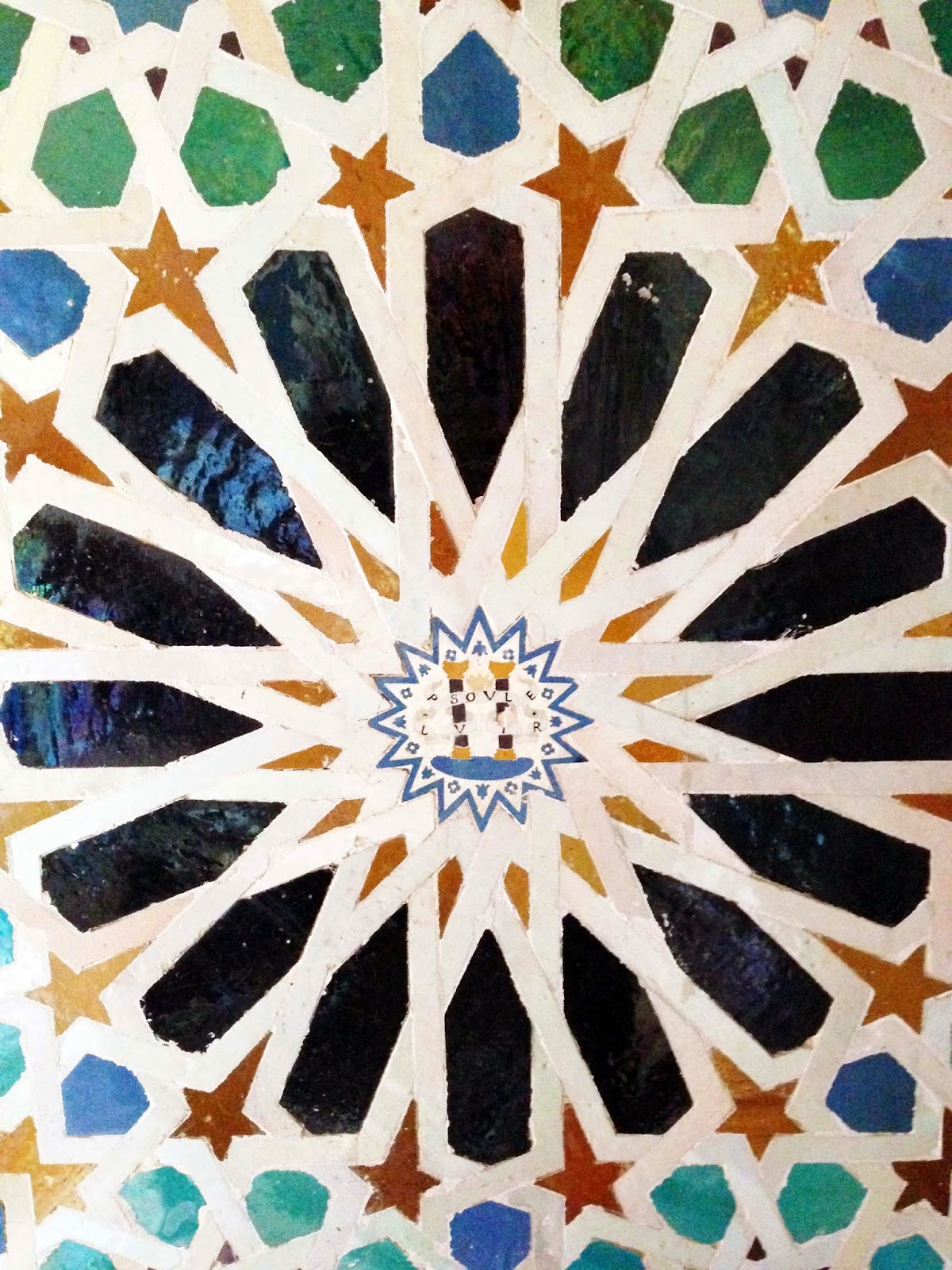 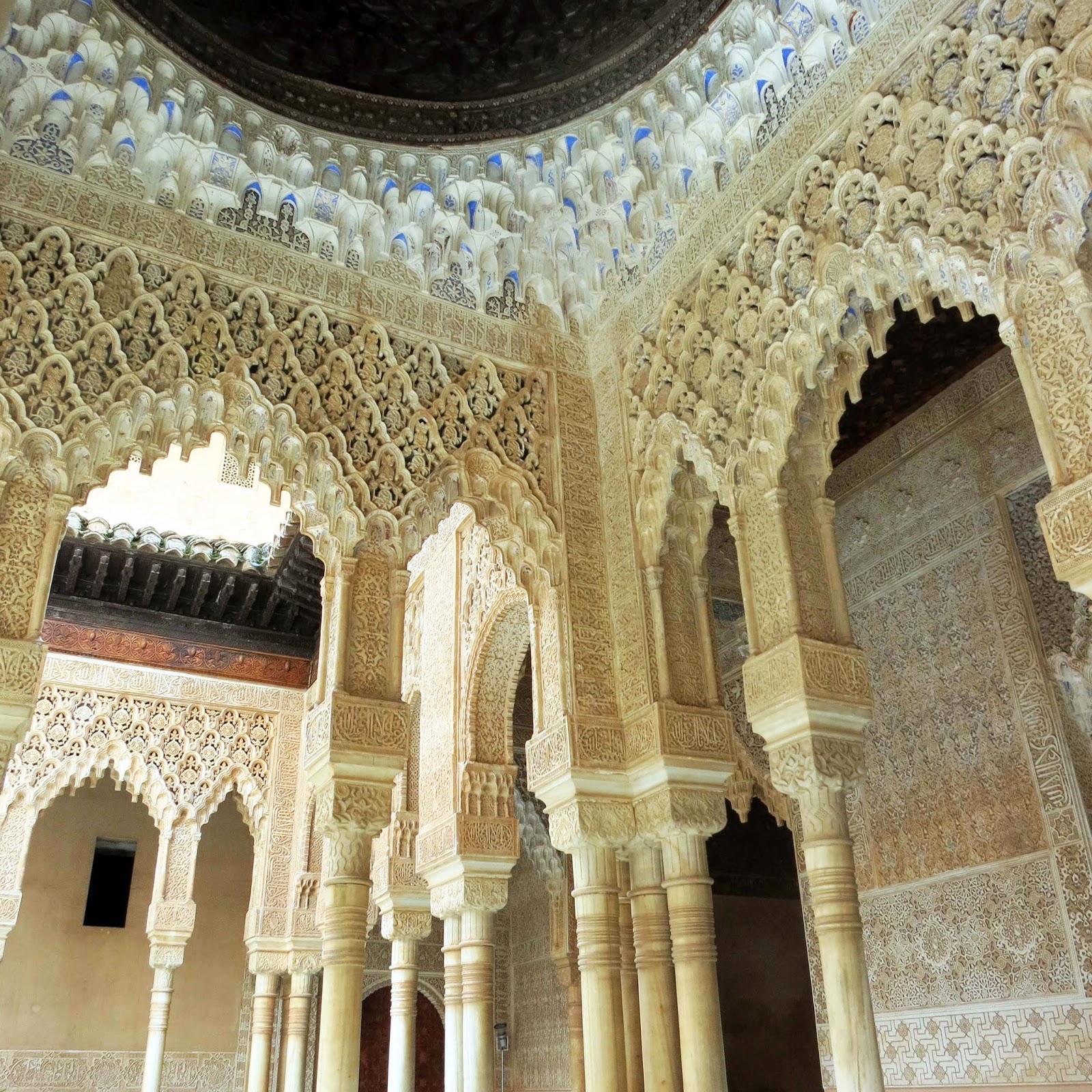 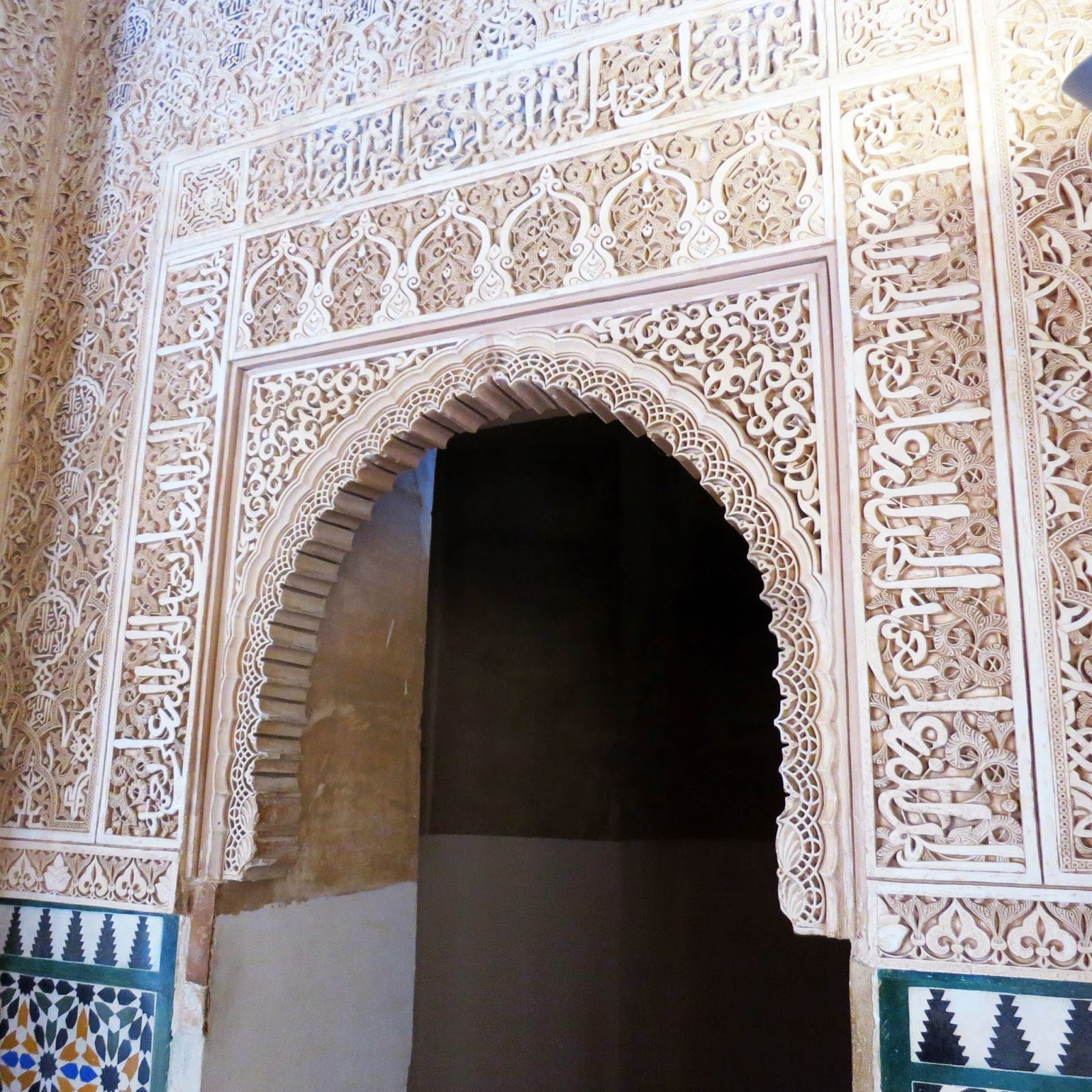 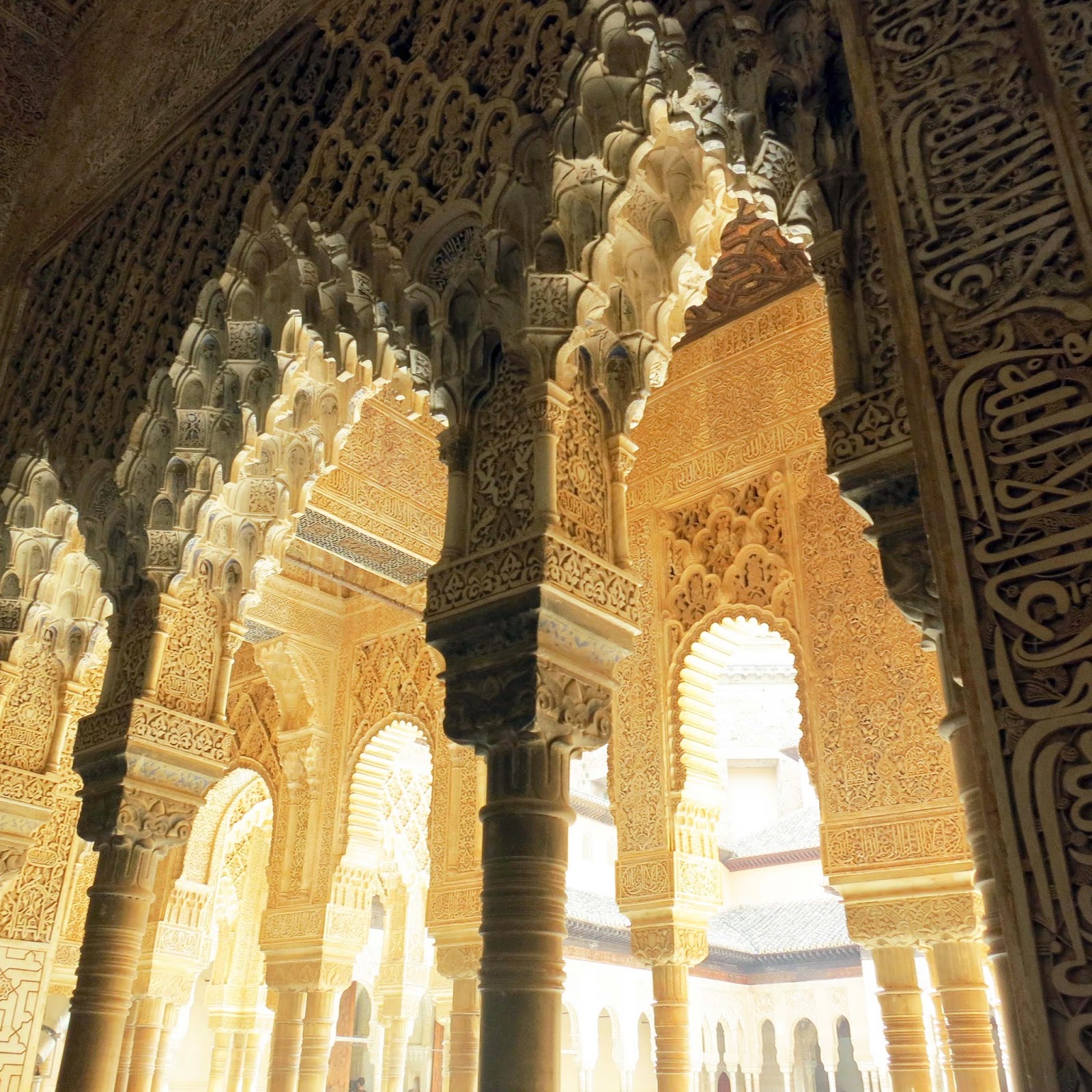 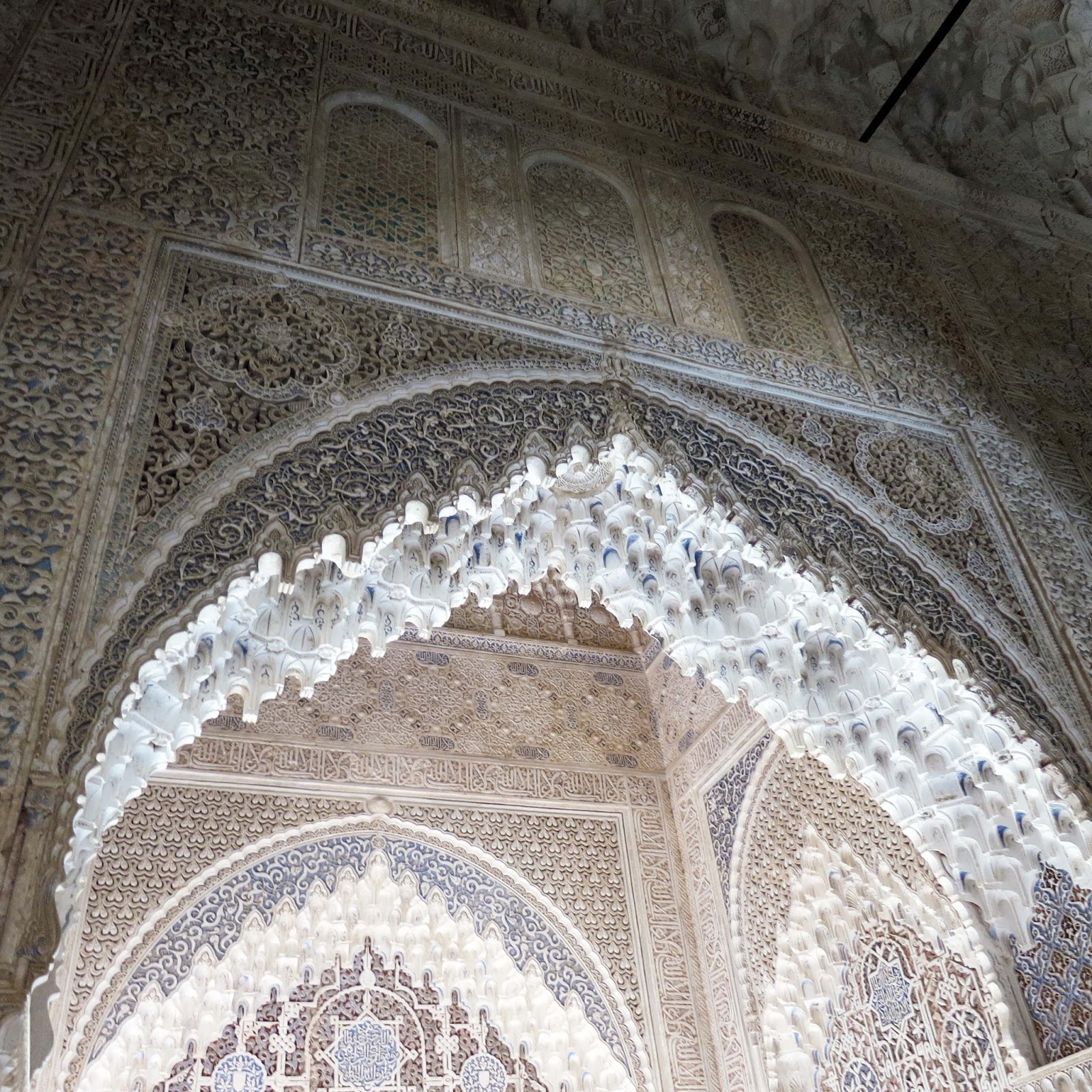 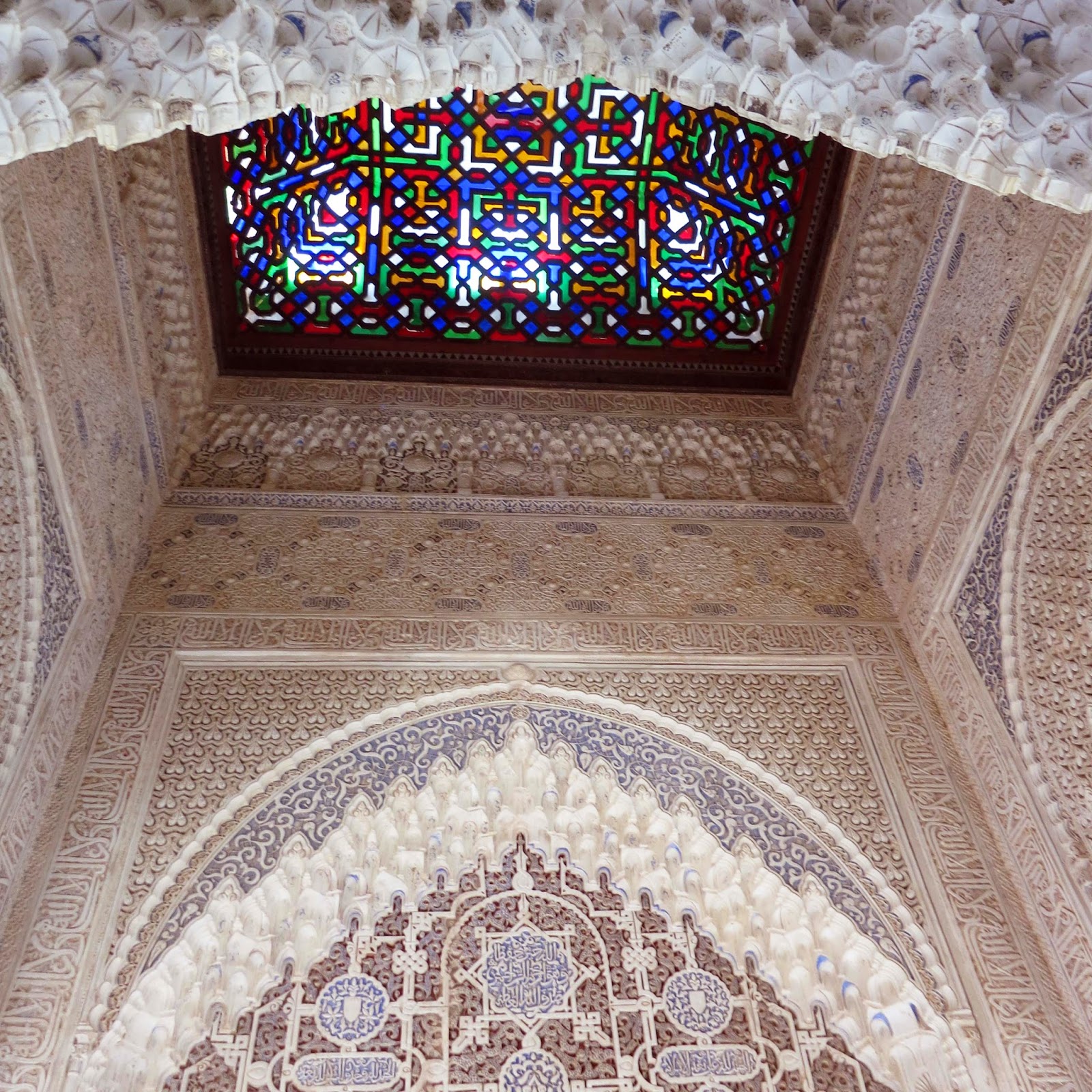 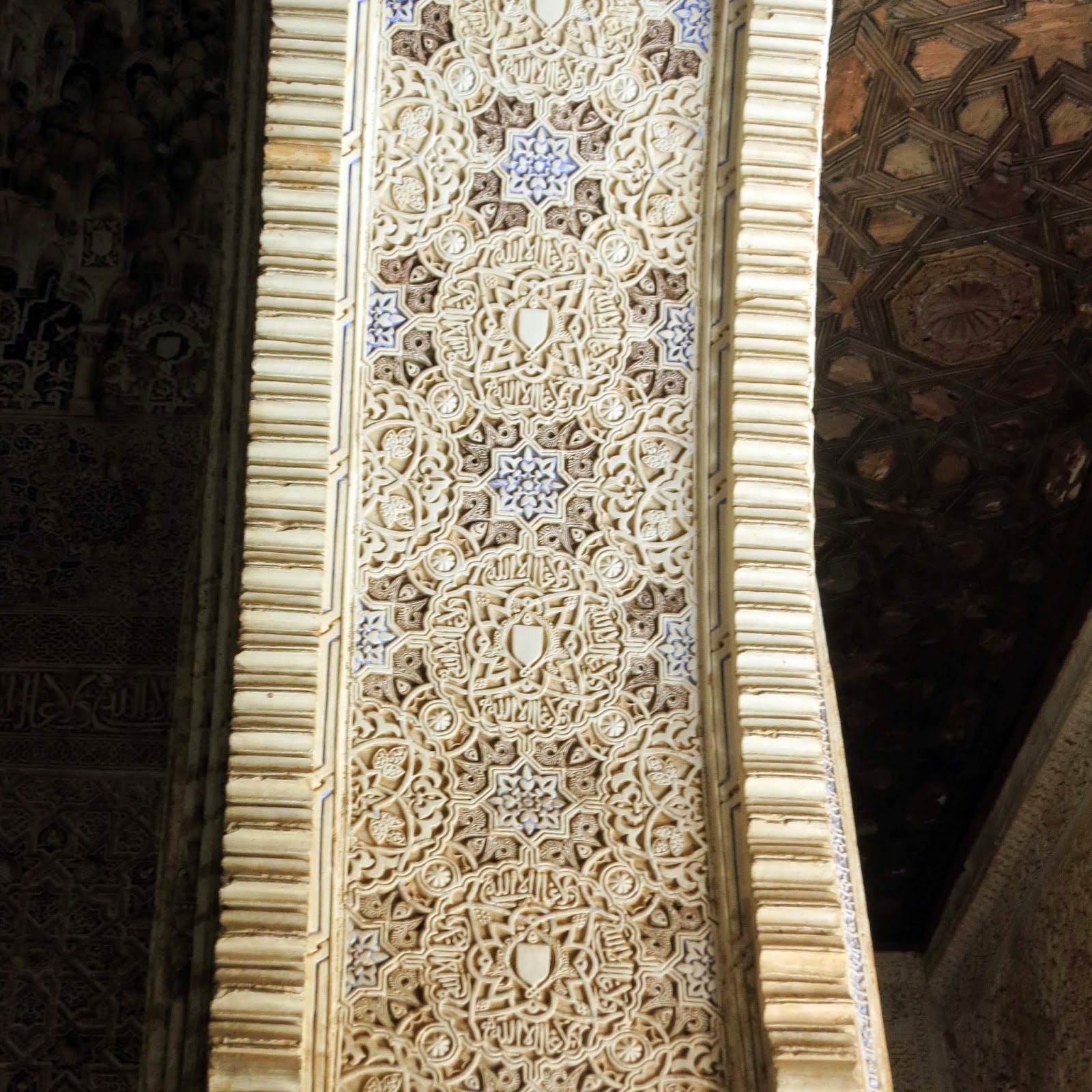 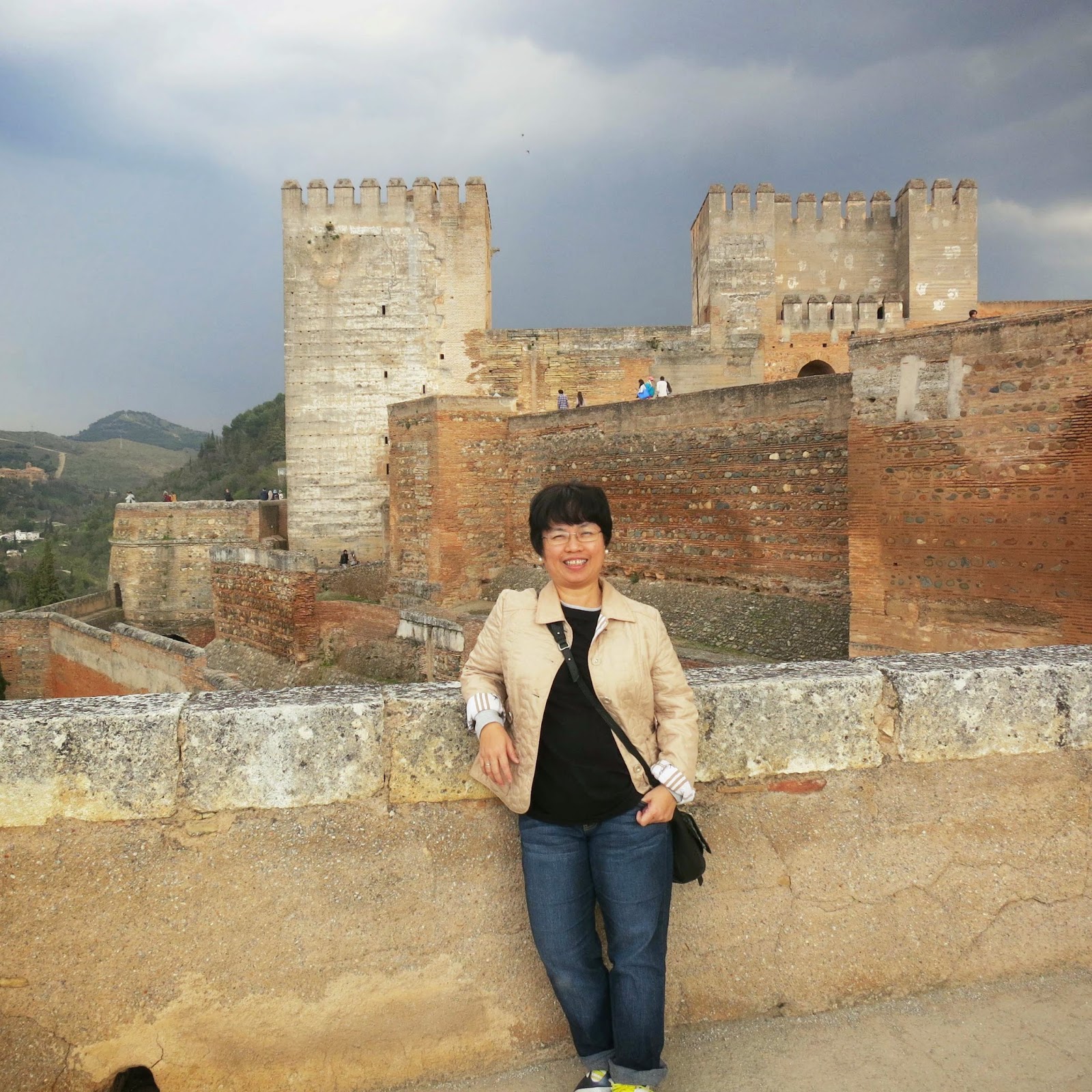 Posted by Smell the Coffee at 8:31 PM