Visited the El Rastro flea market in Madrid, supposedly the largest flea market in Europe. It opens only on Sundays from 9am - 3pm and boasts a wide variety of goods but my favorite has to be the "antique" market where I can indulge in my favorite "trashure" hunt. Most stall holders speak only Spanish and I had to resort to pen and paper to determine the price as well as to give a counter offer. Must say the prices quoted aren't cheap and as much as I thought some of the things were really lovely, I didn't think it made sense. Plus I didn't have much luggage space left after getting jars of marmalade, Spanish torrons, paprika and sherry vinegar.

But of course I can't leave without some trashure ! My best buy were a set of 5 spice bottles for only 2.50 Euros. Was rummaging with the rest of the locals, the only Asian among the Spaniards and was unaware that my friend captured this  "Aunty" moment of mine on the iphone. Also bought some made in Spain porcelain plates and a strange looking green polka dotted porcelain train. Back at the hotel, I found myself staring at the train thinking "Why did I actually buy such a strange and heavy thing ?" We all have our moments. 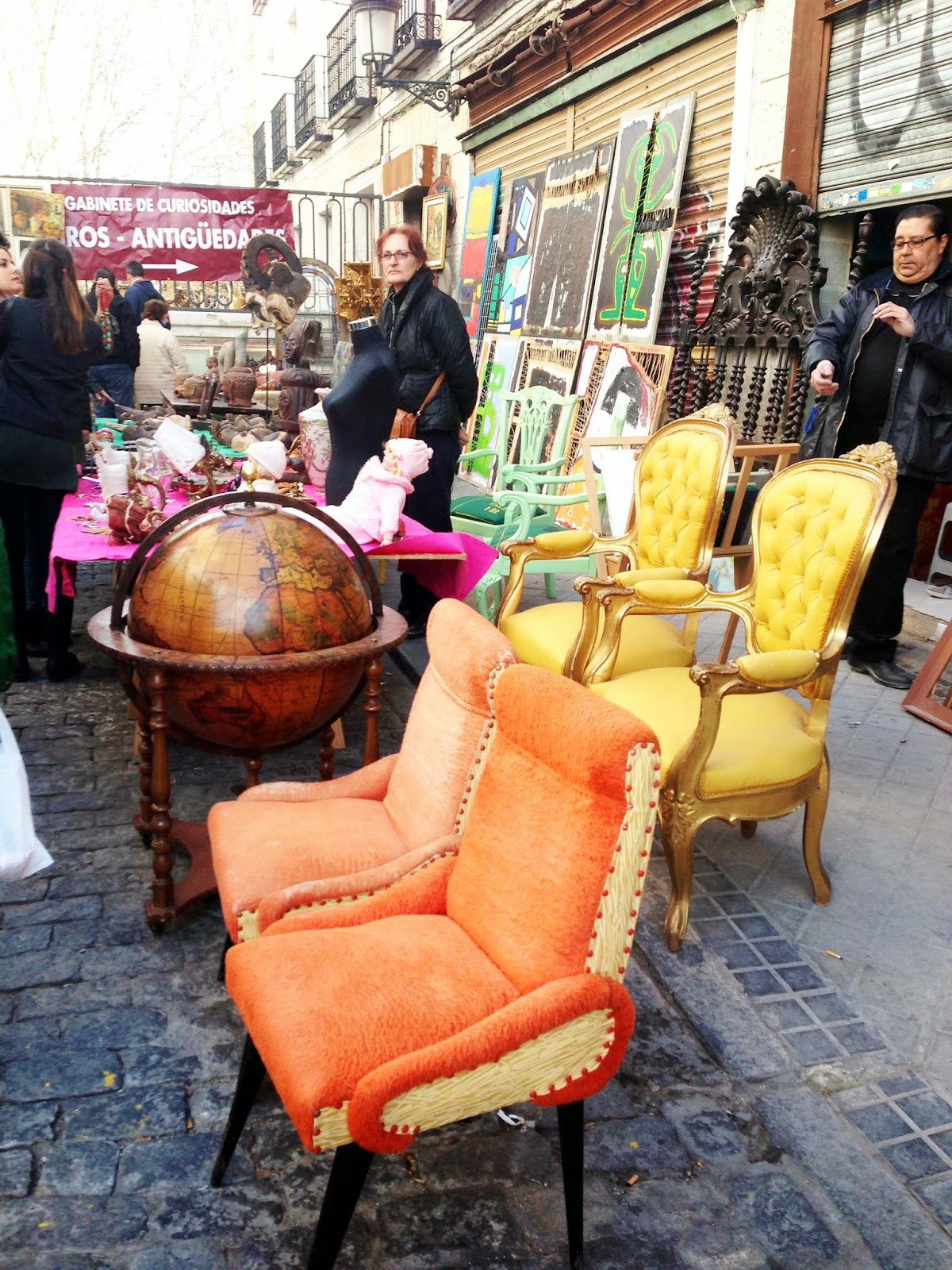 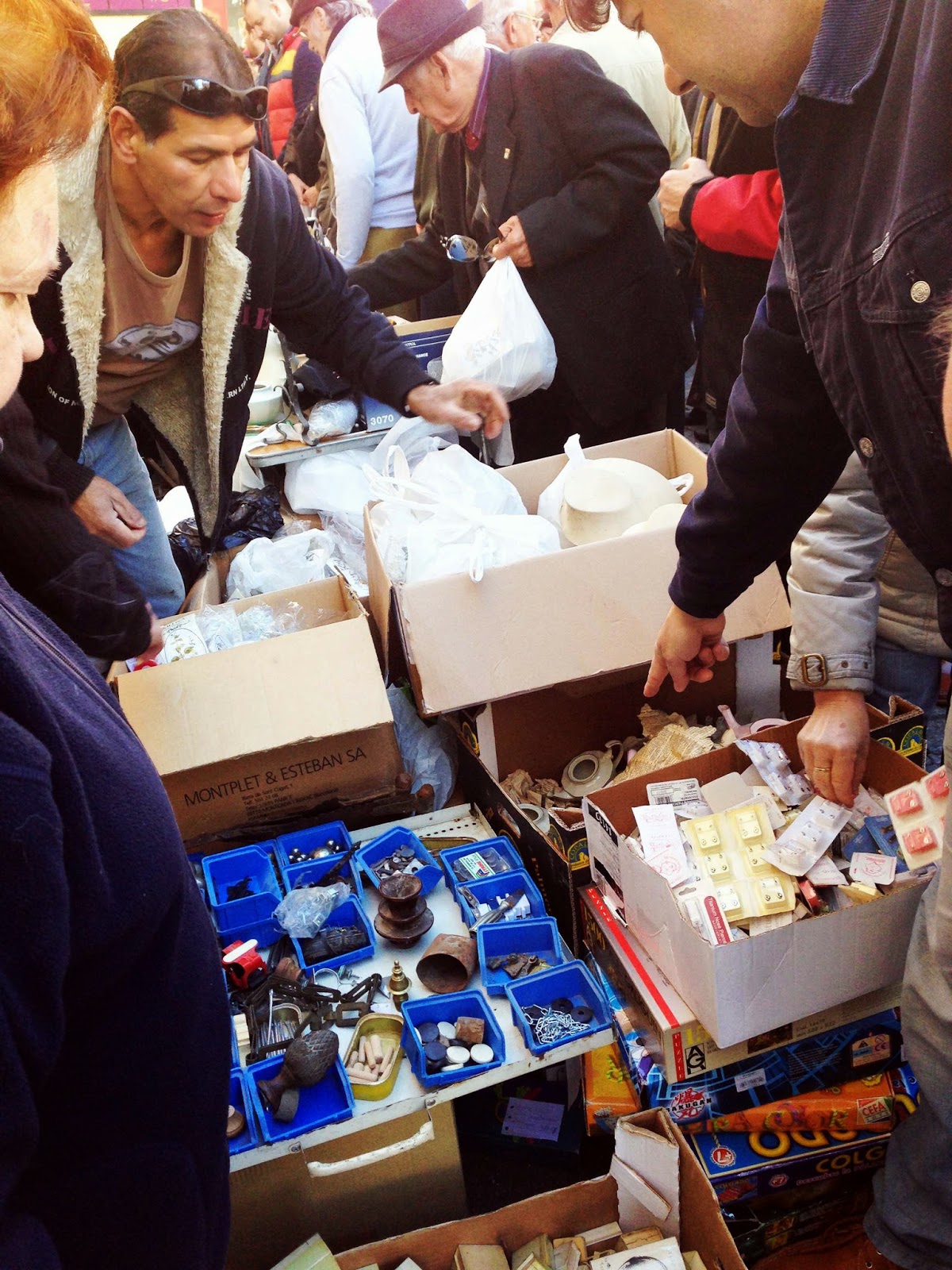 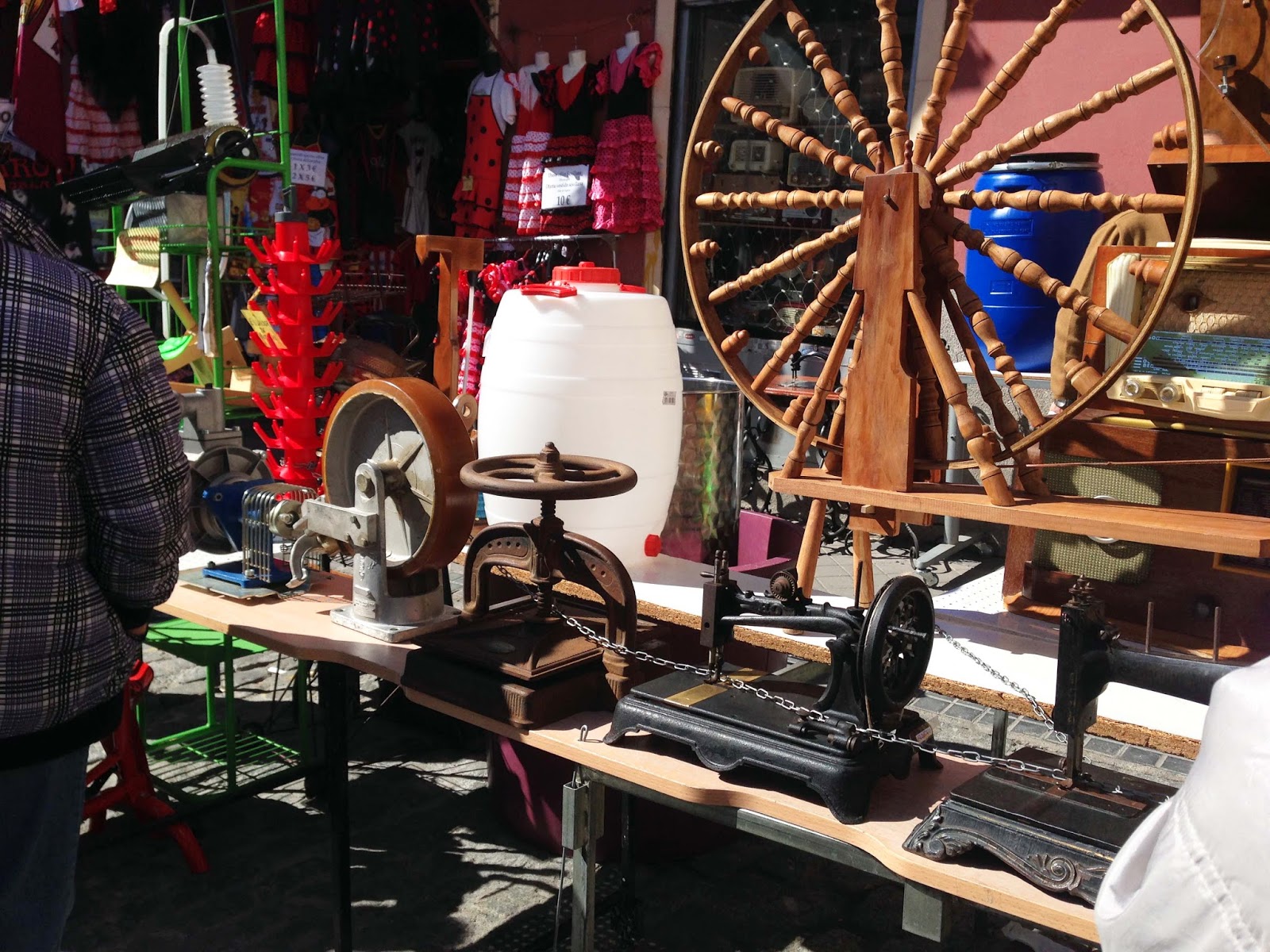 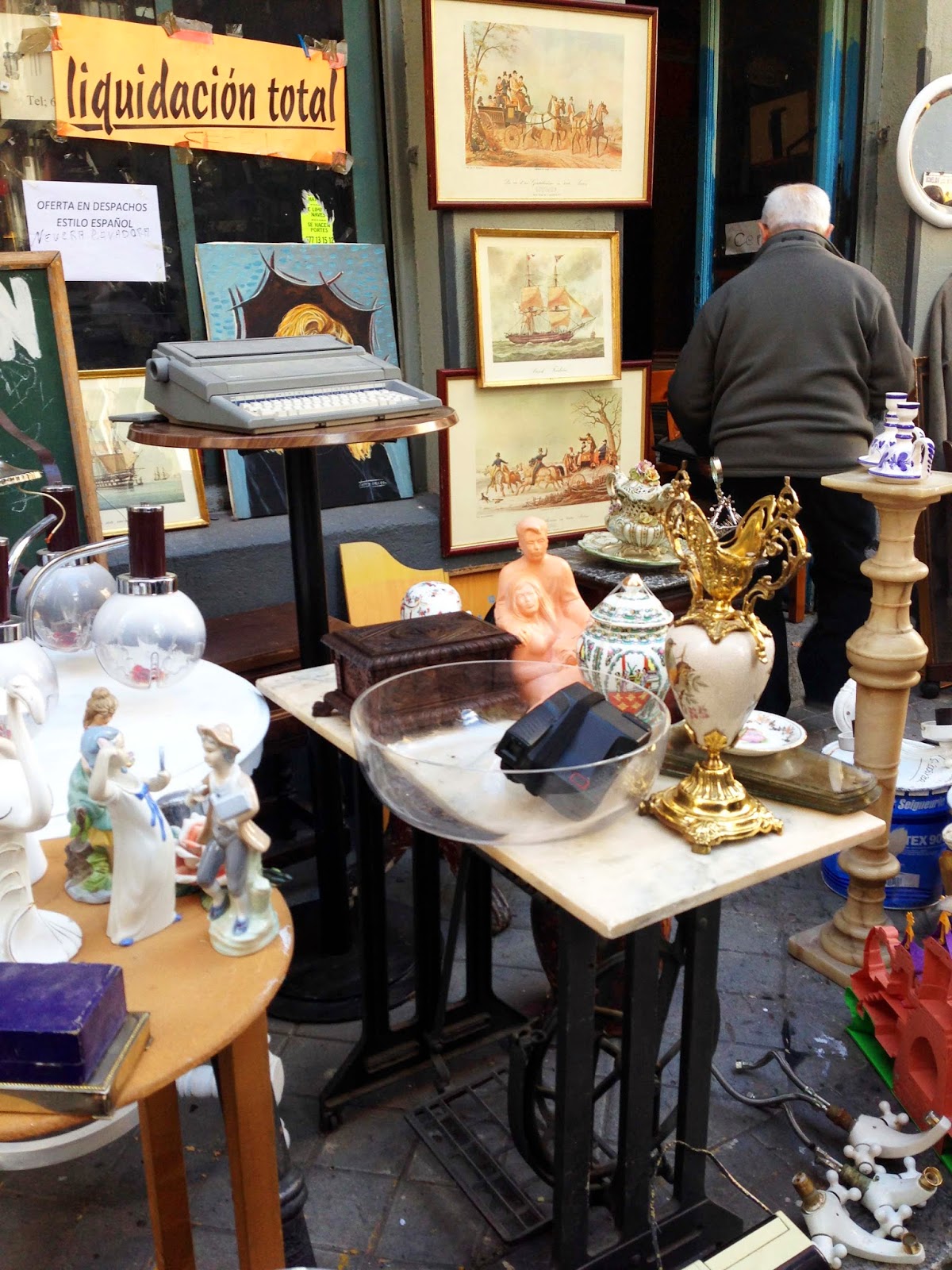 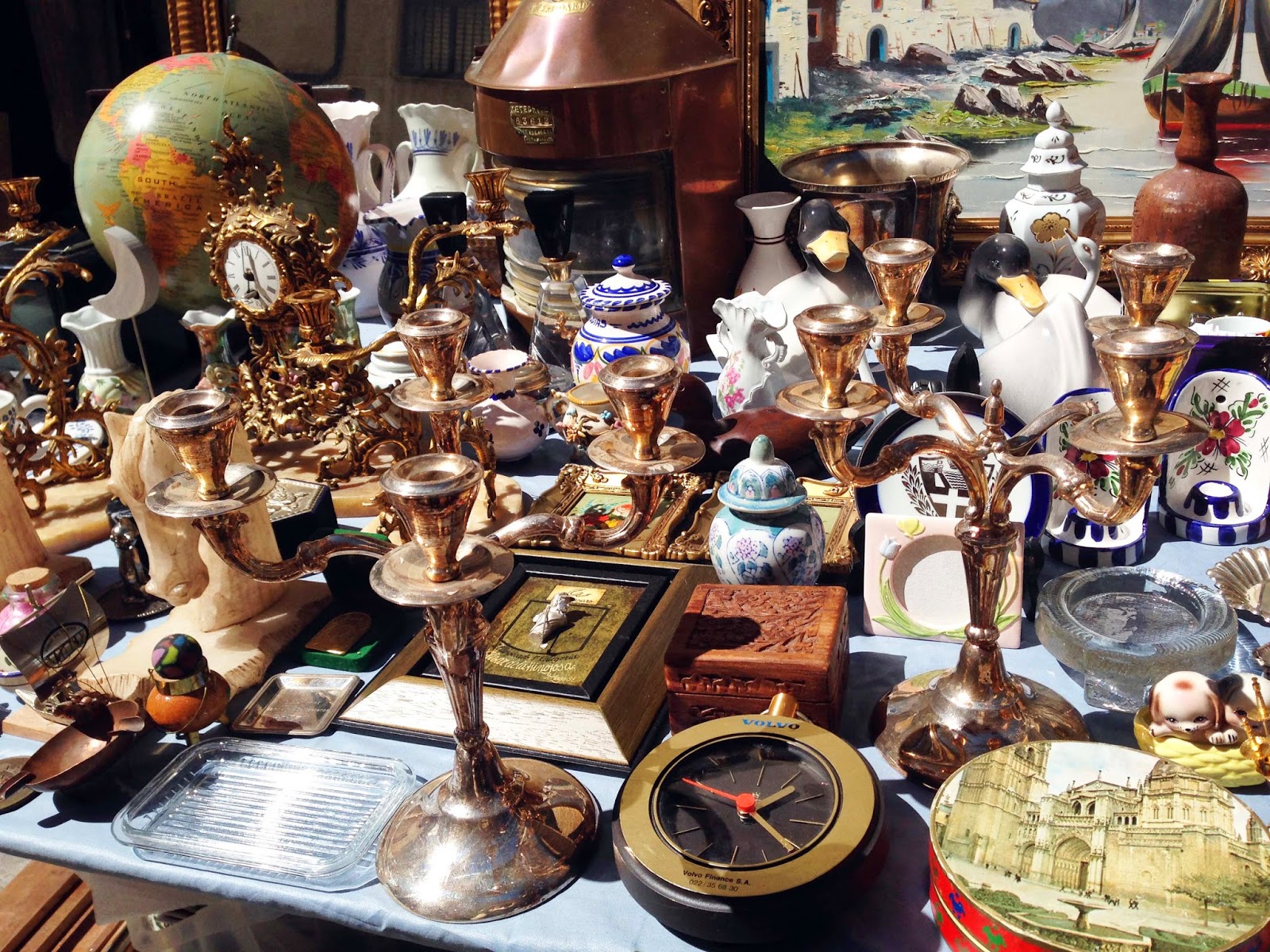 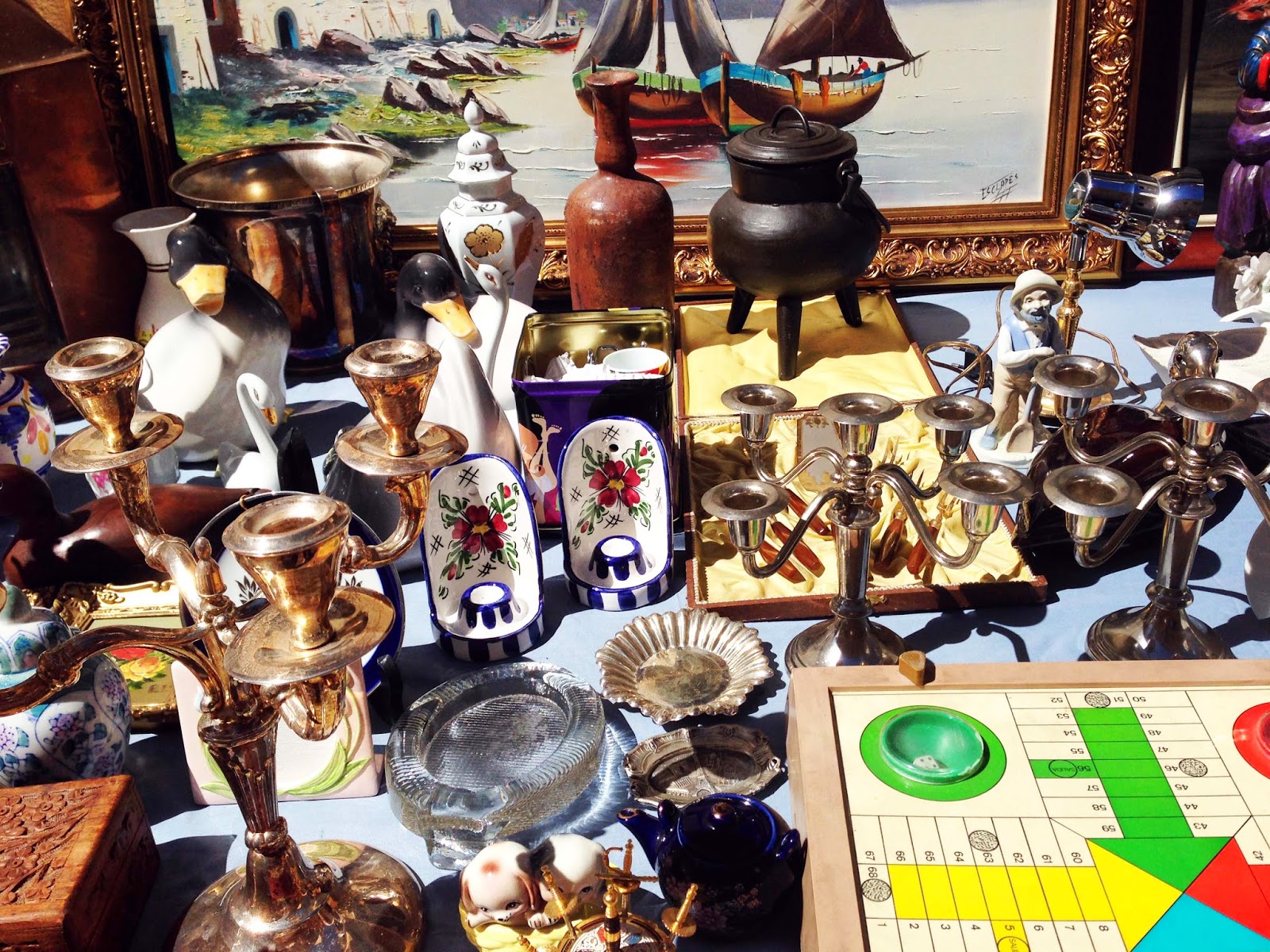 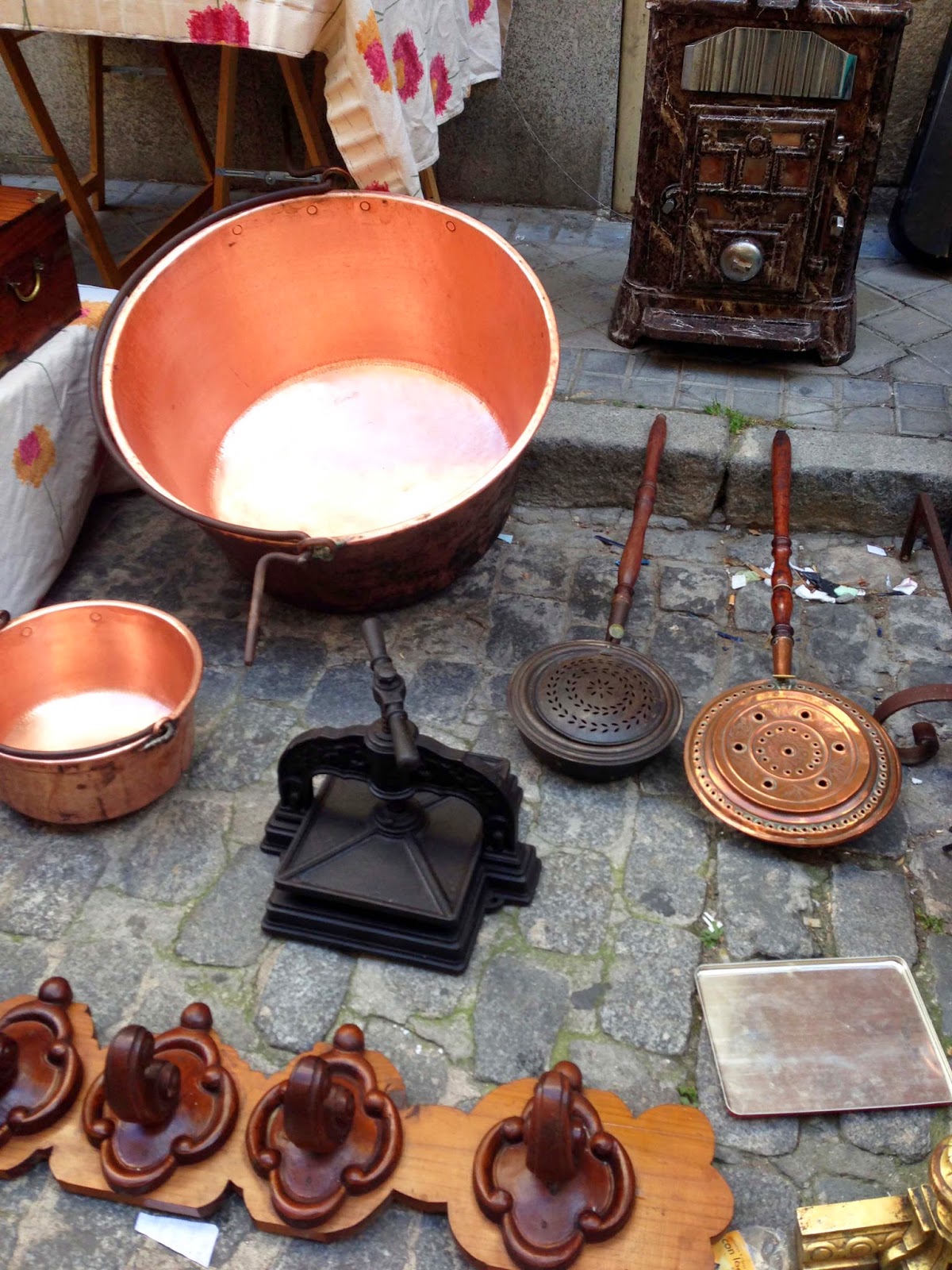 Posted by Smell the Coffee at 6:46 AM