Returned to the Sagrada Familia in the day during visiting hours and saw the grand church in a whole new light. Before his death, Antoni Gaudi only completed the Nativity Facade (facing east) which celebrated the birth of Christ. The Passion facade (facing west) were completed years after and is especially striking for its gaunt and tormented characters as well as the crucification of Christ. These controversial designs are the work of Josep Maria Subirachs and sparked off a whole controversial storm when it was revealed. The Glory façade, on which construction began in 2002, will be the largest and most monumental of the three, representing one's ascension to God. It will also depict various scenes such as Hell, Purgatory, including the Seven Deadly Sins and the Seven Heavenly Virtues.
According to archives, Gaudi was aware that he would not live long enough to see the Passion and Glory façade completed so he made only general sketches of what it should look like. He intended his work to be continued by other architects, incorporating different artistic styles.
As for its interior, it was awashed with coloured lights reflected through the stained glass windows and I do believe that it is truly the most beautiful interpretation of modern Gothic the world has ever seen. 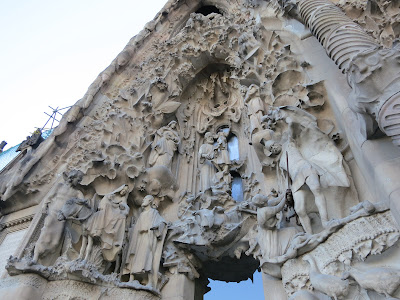 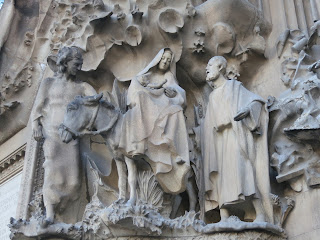 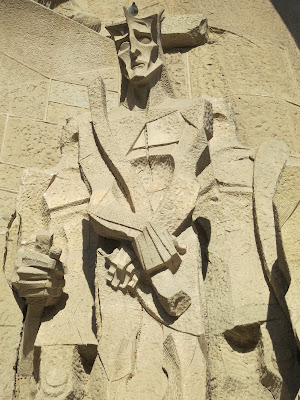 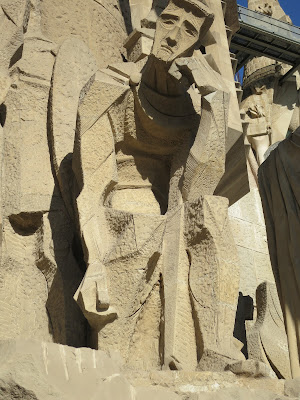 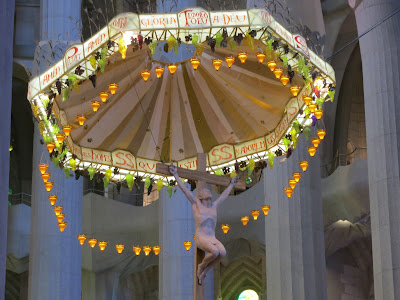 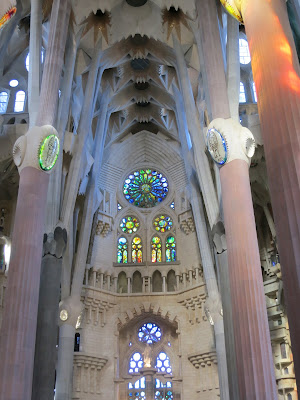 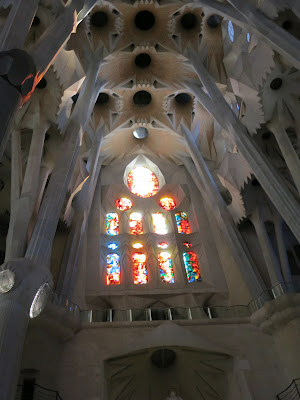 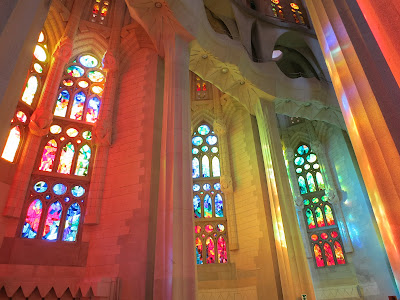 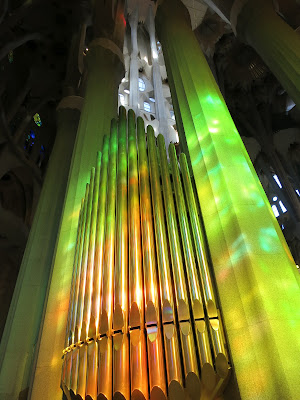 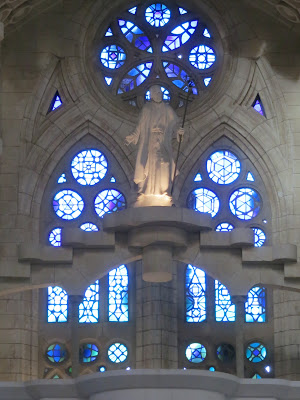 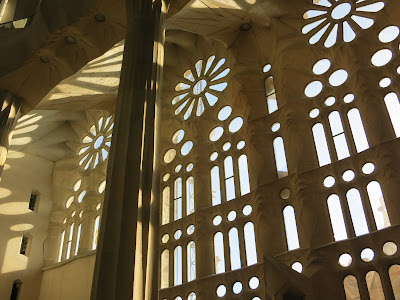 Posted by Smell the Coffee at 8:30 AM