The art deco movement of the late 19th and early 20th Century in Europe took its own form and style in Barcelona. Called Modernisme (Catalan for Modernism), its most brilliant executor was Antonio Gaudi, the architect responsible for most of Barcelona's landmark architecture.  What made his work different from the other great architects was his integration of crafts in which he was skilled such as ceramics, iron work, stained glass and carpentry.

Had the chance to visit Palau Guell when I was in Barcelona. Built in 1888, it was Gaudi's first big commission from Eusebu Guell, the textile magnate who would become Gaudi's lifelong confidante and patron. This stately home boosts of the finest woodworks and forged ironworks as well as an impressive underground stables. Though less dramatic than his later works, Gaudi's early genius is evident in the exceptional chimneys at the roof top decorated with broken ceramic tiles (trencadis), a feature that would soon characterise Gaudi's style in many of his later architecture such as La Pedrera and Casa Batllo.

His use of such ceramic pieces to create colourful mosaics was distinctive and gave Barcelonia the most whimsical touches to its buildings and parks. Even popular tourist souvenirs in Barcelona had mosaic patterns over them, showing the indelible mark Gaudi had left on the country. Over the years, Antoni Gaudi's style evolved, influenced by the events in his life, culminating in his magnum opus, the Sagrada Família. 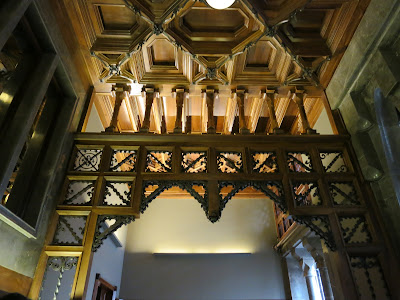 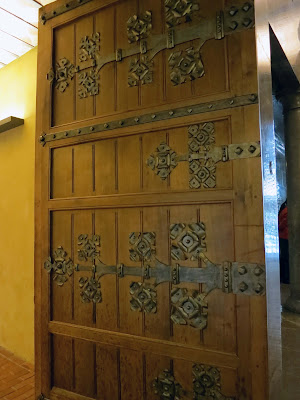 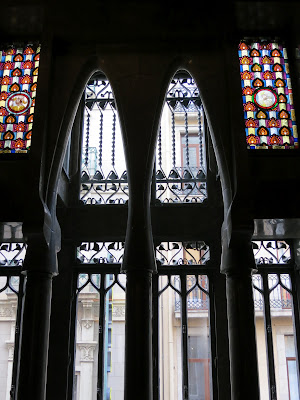 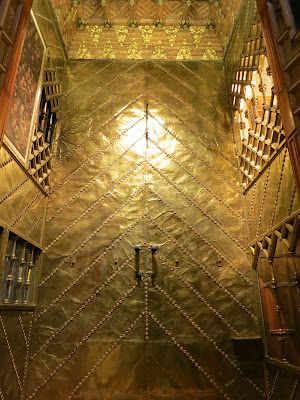