Tapas refer to appetizers or snacks in Spanish cuisine and can range from a chunk of tuna or sardine, a cocktail onion and an olive skewered on a long toothpick to piping hot meat with sauce served in a miniature clay dish. In Spain, tapas has evolved into an entire lifestyle. The Spanish has perfected the art of socialising over drinks and having snacks in between at different times of the day, in fact at any time of the day and night.
In San Sebastian and Bilbao which are Basque country, tapas are called pintxos or pinchos which essentially is the Basque version of tapas. Eating small meals throughout the day is quite a good idea as it makes digestion easier and keeps the weight off. This strategy didn't seem to work for us as we were snacking on tapas throughout the day and eating full dinners at night.

Some of the tapas and pinchos that I have tried included 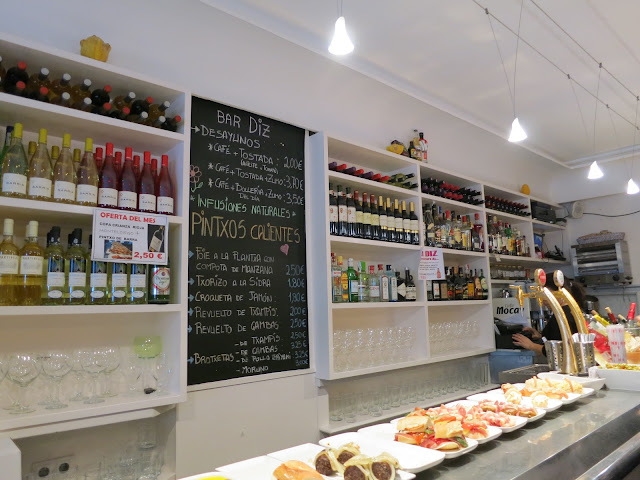 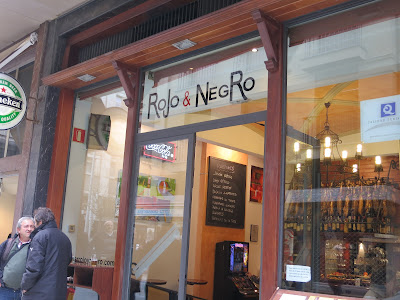 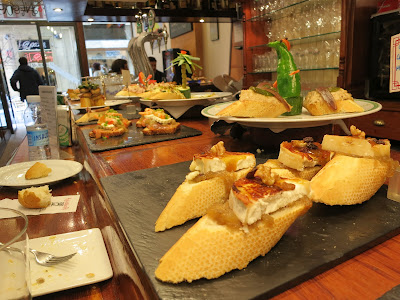 Posted by Smell the Coffee at 7:26 AM