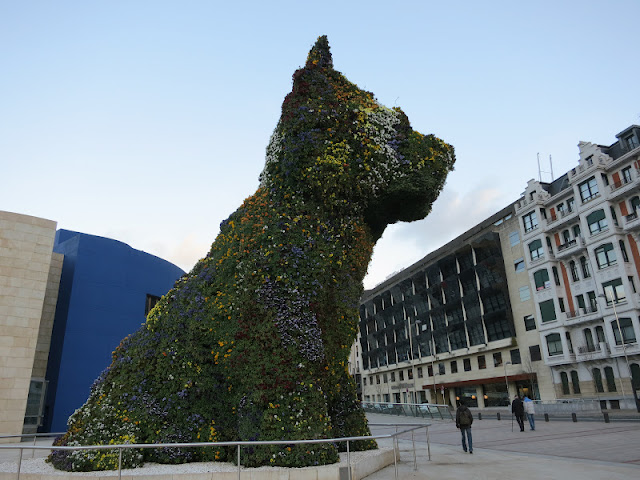 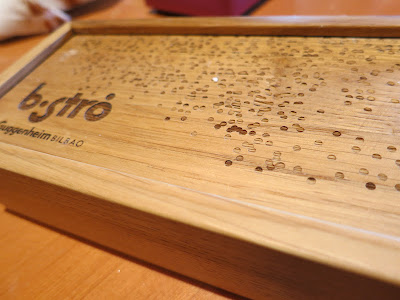 The Guggenheim Museum Bilbao opened on October 19, 1997 to much fanfare. Designed by Californian architect Frank Gehry, its limestone, glass and titanium building is truly one of its kind. It all came about when Bilbao, the fourth largest city in Spain was embarking on an ambitious redevelopment plan in the 80's and an avante garde museum was a big feature in it. The concept materialized in May 1991 when an agreement was signed between the Basque Government and  the Solomon R. Guggenheim Foundation. Known around the world for its world class museums, the Guggenheim name is found in New York, Venice, Berlin, Dubai and now Bilbao.

The museum serves as a catalyst for development in this former warehouse district of Bilbao. The form and structure of the building leaves one in awe as no modern building in recent times has come close to its grandeur and scale. The titanium plates ( the same material used for the construction of aircraft bodies) give a shiny vision of a science friction metropolis and with installation art surrounding it such as Louise Bourgeois' Maman : The Spider of Guggenheim, the illusion is complete. As if to soften the hardness of its image lies a kitsch installation art at the entrance - a gigantic puppy designed by Jeff Koons.

The Guggeheim museum specialises in post war modern art pieces and one of its highlights in its vast  gallery space - the permanent collection of Richard Serra's installation "The Matter of Time," a cornerstone of the museum's collection that features works by Constantin Brancusi and  Richard Serra. It is a pity that photography is not allowed within. I only managed to take pictures of the artistically arranged food at the Museum's bistro.

Nice one thank you for posting....