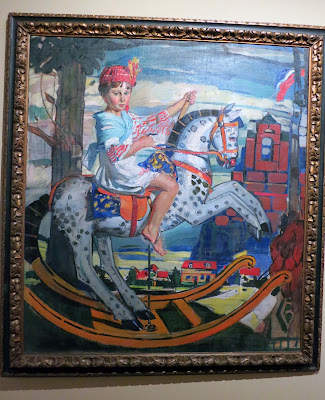 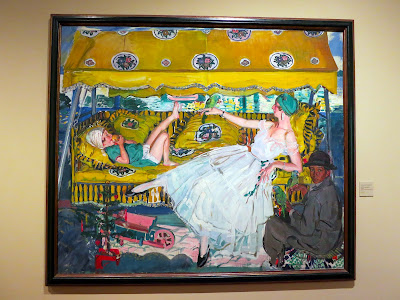 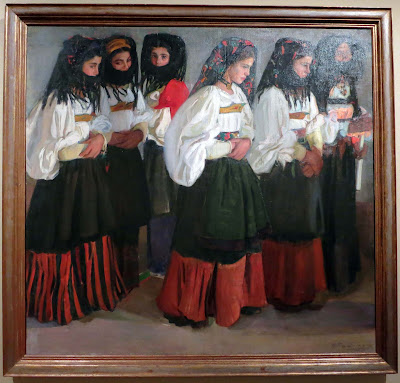 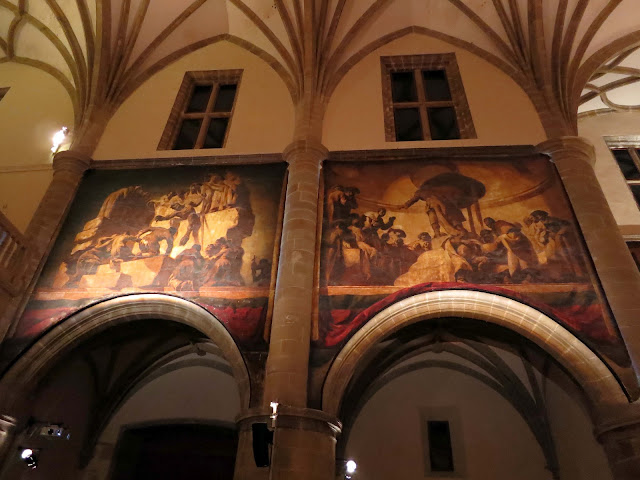 Made an unexpected visit to the San Telmo Museum in San Sebastian, Donostia. We were trying to take shelter from the rain and there it was, a unique building with a perforated recycled aluminium facade. It even has moss and lichen growing freely from it. The San Telmo Museum was originally a convent but has been modernised to blend in with its history and the surrounding environment of Mount Urgull .

It happened to be a Tuesday, a day of free museum entry ! Couldn't believe how lucky my friends and I were ! Was amazed at some of the art pieces in the gallery especially the collection of the works by Antonio Ortiz Echague who drew with incredible life likeness.

There was also a chapel at a special section which I almost missed, holding the murals of the Catalan artist Josep Maria Sert. Some of his murals can be seem at the Waldoff Astoria and the Rockefeller Centre, New York . Joseph Maria Sert's murals in St Telmo consist of massive pieces depicting Basque legend, culture and the region's sea faring life. It was quite a spectacle that filled up a huge room.
Posted by Smell the Coffee at 8:42 AM