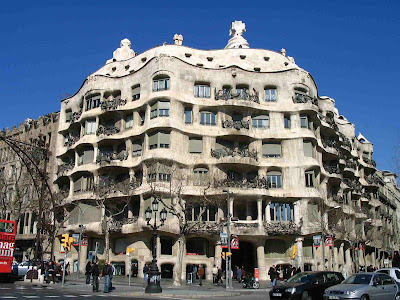 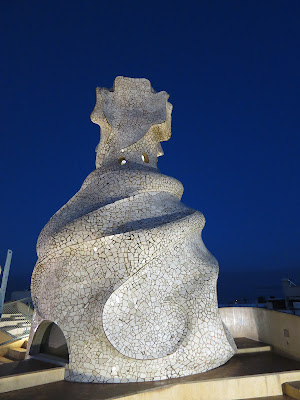 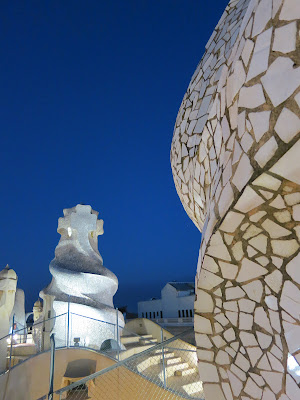 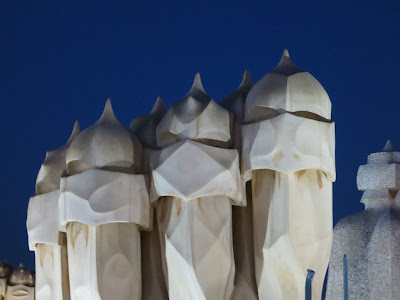 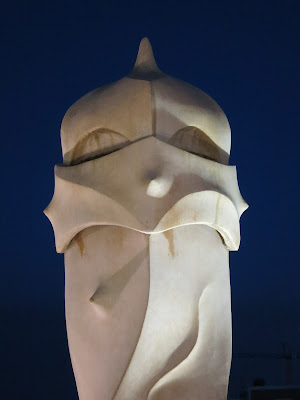 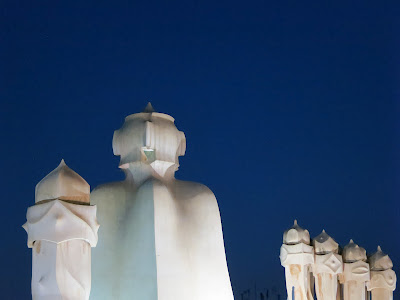 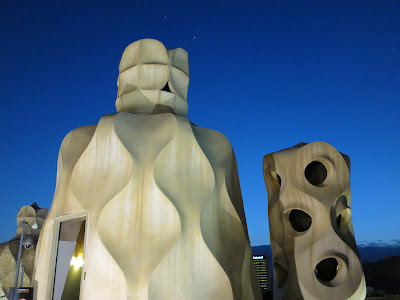 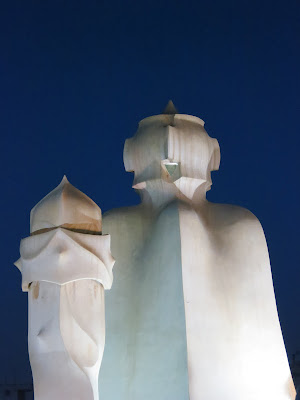 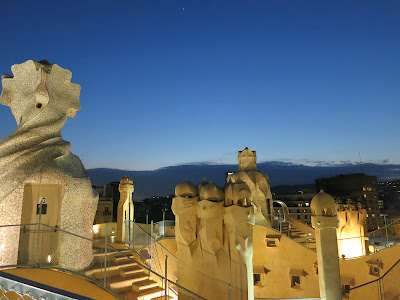 At the height of his career, Antoni Gaudi designed the La Pedrera, his last secular work before going on to Sagrada Familia. It was at the turn of the twentieth century when Gaudi was commissioned by the industrialist Pere Mila and his wife to build an apartment house on the boundary separating Barcelona from the former town of Gracia. Mila planned to live on the first two levels while leasing out the rest of the dwellings.

Gaudi built 2 blocks of flats with separate entrances, arranged around two large interlinked patios, which facilitated the entry of light into the building . The flowy, undulating lines of its facade are echoed within and on the roof terrace with its amazing set of architectural-sculptures. These sculptures fulfill a functional role : stairways, ventilation towers and chimneys. Some are covered with trencadis(ceramic fragments) while those less visible from the streets are roughcast rendered and painted.
I loved how the different sculptures evoke the feeling of a huge battlefield of kings, knights and horses, all poised for the ultimate showdown.
Posted by Smell the Coffee at 7:50 AM