Each city such as Bangkok and Taipei has its own unique street food that is cheap and delicious. In Istanbul and Izmir, street food vendors usually ply the streets in red and white rented push carts but there are also some with their own make shift stalls.

In Turkey, chestnuts are a winter snack, grilled and kept warm in a pan that has holes with charcoal beneath. It was fun munching on them while walking the streets of Izmir though they are not as cheap as I had expected.

There is also simit, a Turkish bread that looks a lot like the American bagel except that it comes with sesame seeds and tastes a lot nicer.

Another street snack my friends and I tried - the midyeci, cooked clams with rice filling which tasted good with a squeeze of lemon. If not for the fact that the clams were displayed in a little fridge, I wouldn't have dared to try it. As for a thirst quencher, there is the pomegranate drink. The juice needs to be pressed from ruby red, juicy ripe pomegranates so that there wouldn't be any lingering rawness as an aftertaste.

And Turkey has its fair share of shops selling nuts and dried fruits. We can't seem to stop buying along the way, adding kilos progressively. A kilo of mulberries, half a kilo of mixed nuts, raisins....Ooh ! You can't get this back in Singapore, not this variety ...make that a kilo of naturally dried apricots....and it goes on. That nice Turkish man in the picture was quite amused by this group of Singaporeans. 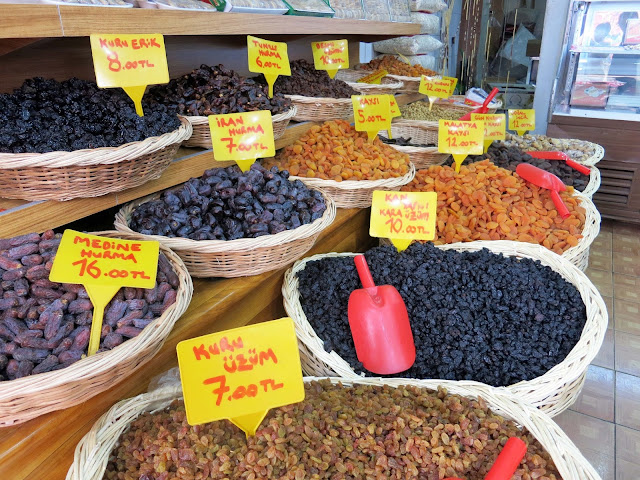 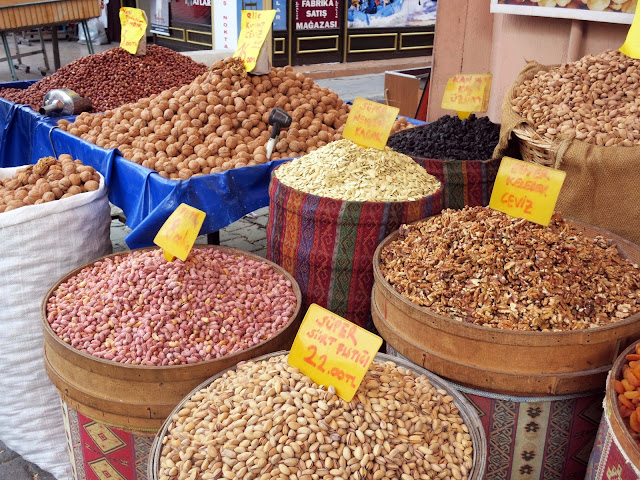 Posted by Smell the Coffee at 8:37 AM