The remains of the ancient Agora of Smyrna is now called the Izmir Agora Museum though the city's inhabitants commonly refer to it as Agora. The Agora of Smyrna was built during the Hellenistic era and after a destructive earthquake in 178 AD, Smyrna was rebuilt in the Roman period (2nd century AD) .

Agora was the commercial and political nucleus of the ancient city, consisting of the agora area, the base of the northern basilica gate, the stoa and the ancient shopping centre. What is impressive about it is the basilica built over an infrastructure of basements with round arches to protect them against earthquakes. There are many water channels within the Agora that still flows with water today.  During those days, the water was stored in cisterns and used in workshops in the Agora. 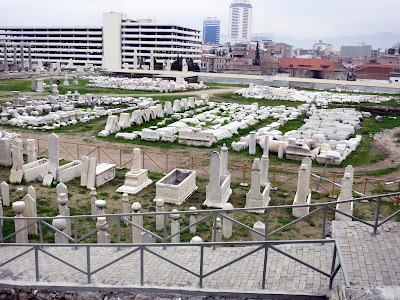 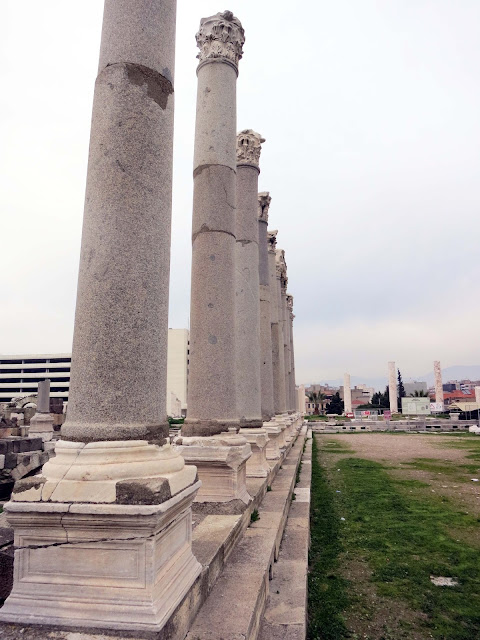 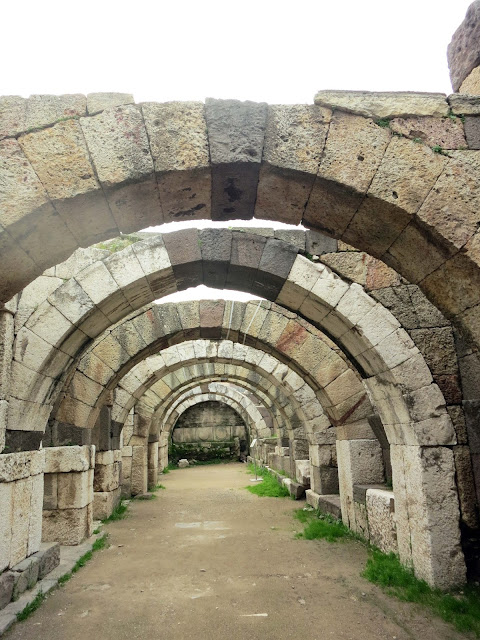 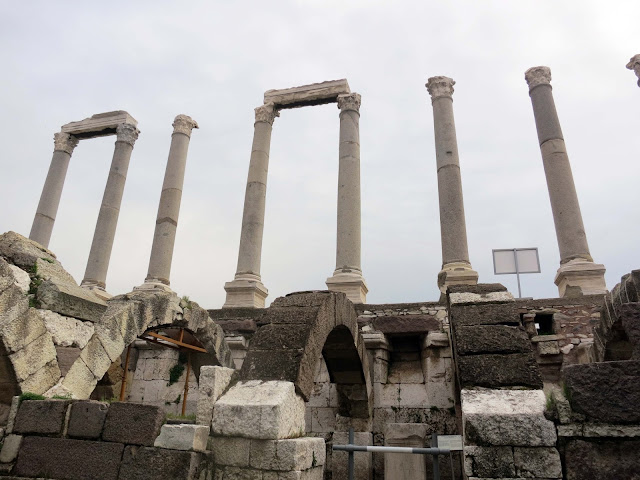 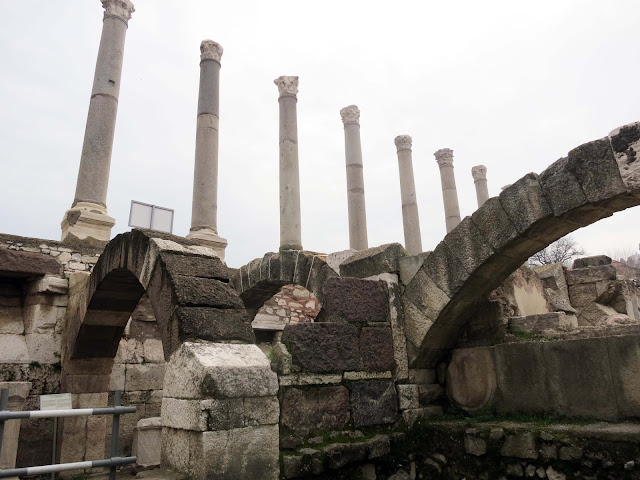 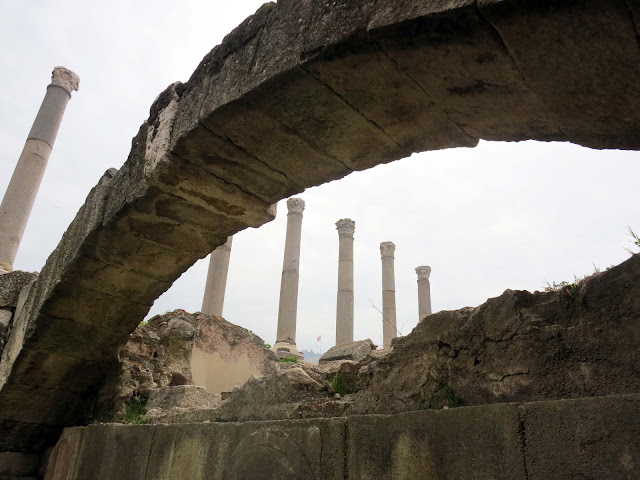 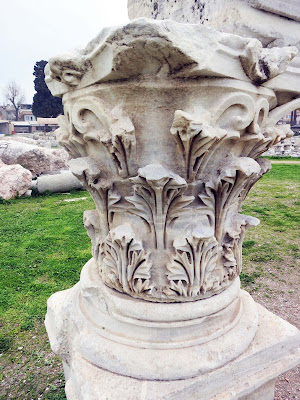 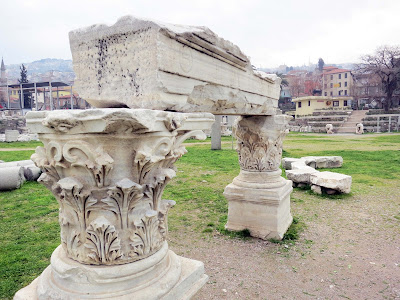 Posted by Smell the Coffee at 8:17 AM