Whirling Dervish in an underground cave in Goreme, Cappadocia

Turkey is the land of the Whirling Dervishes, a ceremonial dance that is the inspiration of the Sufi master, Mevlana Celaleddin-i Rumi (1207-1273).  Sufis seek a close relationship with God, and for Mevlana, it was through chants, prayers, music and a whirling dance.
The ceremony (sema) has seven parts and each part symbolizes a stage of the mystic journey to perfection called ascension. My friends and I caught the whirling dervishes at an underground cave in Goreme and we were quite taken by surprise at the beautiful acoustic sounds of the musical instruments as well as the serene, quiet dignity of the dance.
The dervishes, with their head-dresses, representing the ego's tombstone and their white skirts representing the ego's shroud go through a journey, advancing to spiritual maturity through the different stages. Although it may look like a performance, it is still a religious ceremony that has to be witnessed with respect, with no picture taking allowed. A big group of Germans whom we sat across did not twitch at all throughout.  A friend of mine though had his eyes closed through parts of the whirling. He was either mesmerized or napping. It was only at the end that some dervishes did some symbolic whirling just for the cameras. 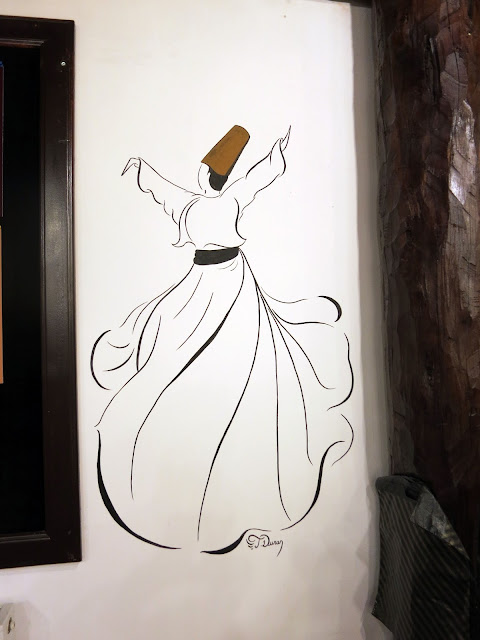 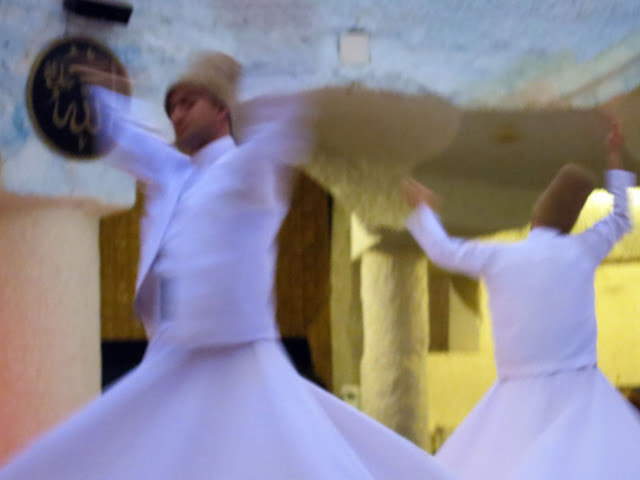 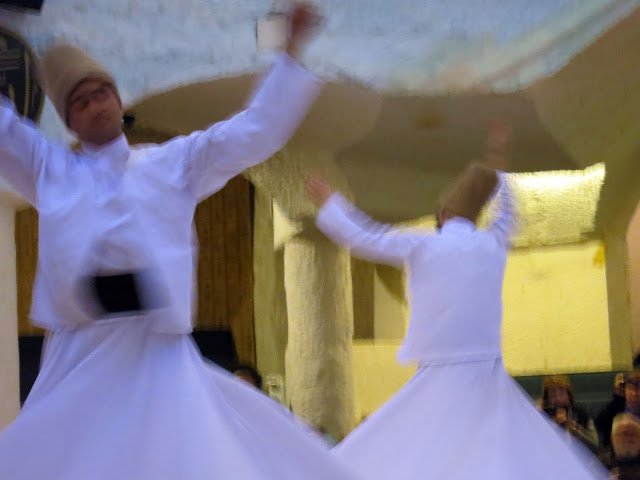 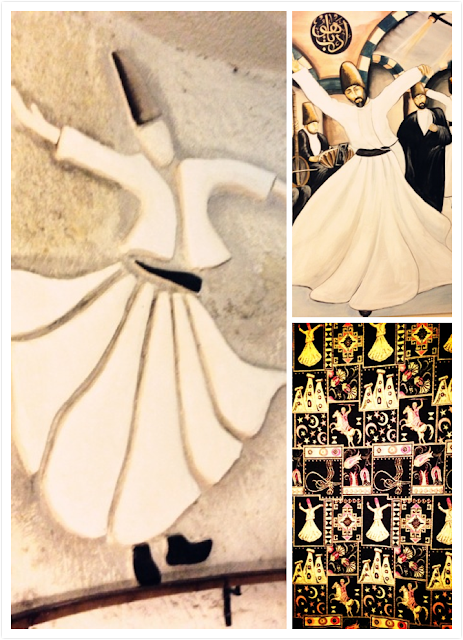 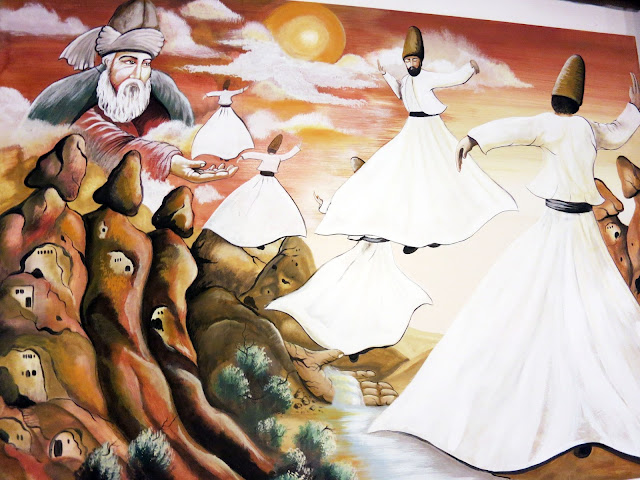