It is the iconic monument for Istanbul. The Sultan Ahmet Mosque or Blue Mosque is a sight to behold with its ascending system of domes and semi-domes. It makes a beautiful silhouette when lit at night, a vision that is both peaceful and surreal.

Sultan Ahmet was only 14 when he ascended the throne but he set out to have a monument built that would rival the nearby Aya Sofya in grandeur and beauty.  So enthusiastic was he with the project that he did what no other sultan would do - working with the labourers and craftsmen on site ( as told by a  very charming and intellectual lady at the mosque who gave us a very impressive overview of the religion Islam ).

The Sultan Ahmet or Blue Mosque had more minarets than any other Istanbul mosque - 6 altogether with an interior made up of the most beautiful blue Iznik tiles, hence its name the Blue Mosque. Unlike the Aya Sofya, the massive dome of the Blue Mosque is held up by four massive "elephant feet" pillars. Through the use of many interior stained glass windows, rays of light were streaming in, enhancing the beauty of the blue tiles. 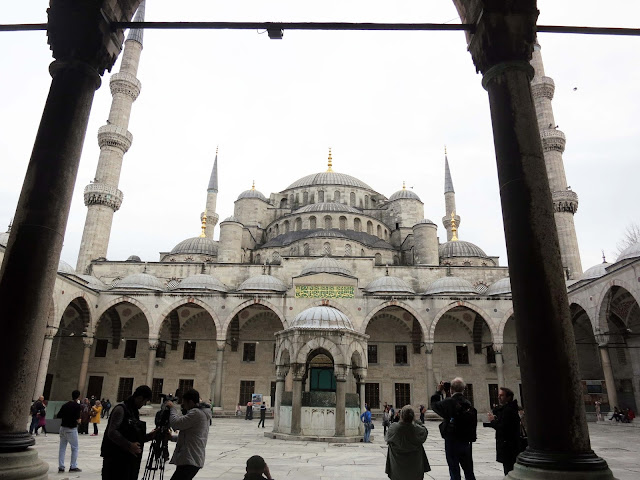 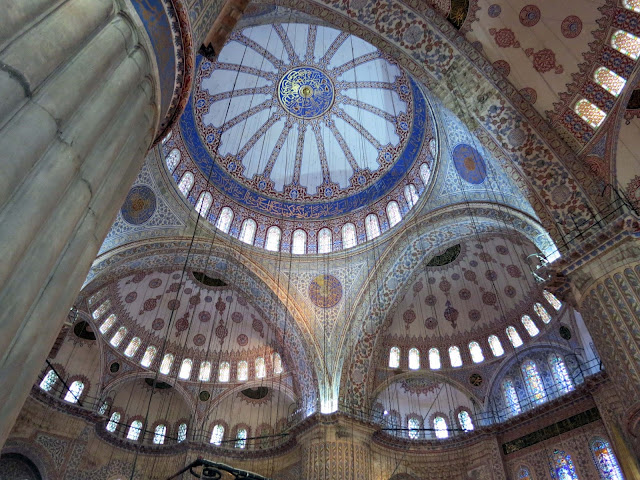 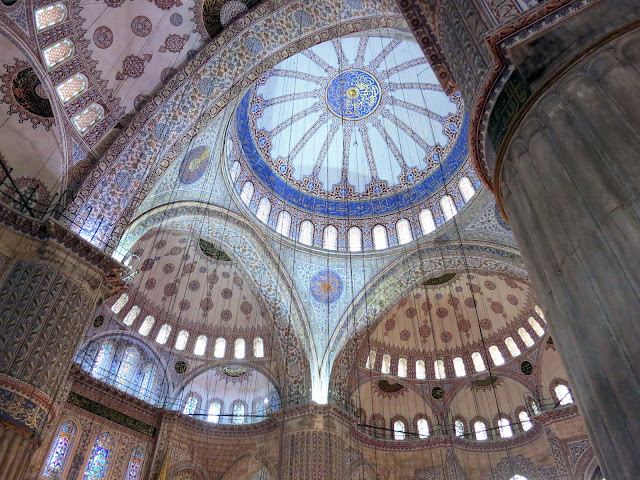 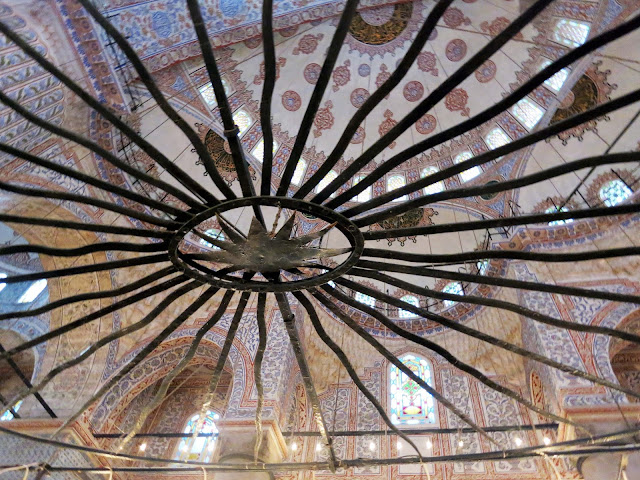 Posted by Smell the Coffee at 7:54 AM