The Spice Bazaar in Istanbul is located in Fatih, in the neighbourhood of Eminonu. It is the second largest covered shopping complex after the Grand Bazaar, selling a whole range of spices and dried fruits.

It is easy to get carried away especially if one cooks often with spices. Some spices are far too common and even cheaper to get back in Asia so I had to be a little m0re discerning. Spices like sumac (sumak), a wild berry, dried and grounded into flakes with a sweet sour taste is a Turkish specialty. Personally, I don't really like the taste of it but my friend does and recommends using it as a seasoning for salads. Heard that it is especially good for dishes with tomatoes and red bell peppers. Couldn't resist some Ottoman spice too which is actually a blend of 9 different spices (according to the vendor). My guess is cumin, paprika, black peppers, fennel, sumac, garlic, fennel, cinammon and red chillies. Everything thrown in. A concoction given a exotic name. It does taste good even on its own so I am looking forward to marinating my chicken with it.

Dried mint is another handy herb to have as fresh mint does not store well. It wilts after one or two days so buying dried mint is a pragmatic choice. Best for sprinkling over meat such as lamb or even to make tea.

Also bought some dried and flaked Turkish red peppers which looked a little moist from some oil meant to keep to keep it fresh and pop up the favour. I do have a lot of dried chilli flakes back home in Singapore but I wanted to try the Turkish variety for its intensity. Perhaps I can start with a lavish sprinkle on my pizzas.

Thyme and oregano are relatively cheaper here than back in Asia so I did stock up here at the spice bazaar, skipping the cumin, black peppers,tumeric and other Asian specialties. As for dried fruits and nuts, a good buy will be hazelnuts as Turkey is the world's largest producer. Made sure I tasted the nuts before buying to ensure it wasn't rancid. Note to self : Put them in the fridge as soon as I get back to Singapore as the humidity in Asia will rob it of its freshness very quickly.

Most of all, do read up on saffron before buying. I bought an orange reddish Turkish saffron only to find out later that it is merely a colouring. Didn't get it at the spice market but from a man selling it (not too cheaply I must say) from a car boot in Ephesus. Guess that taught me a lesson.Don't trust men selling from car boots. He even told me the Turkish saffron will turn red overtime and I believed. Think I should stick to buying the Spanish ones from Mustafa in Singapore. 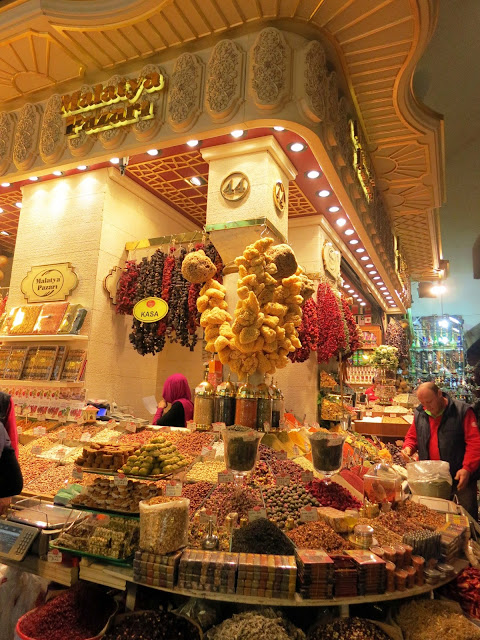 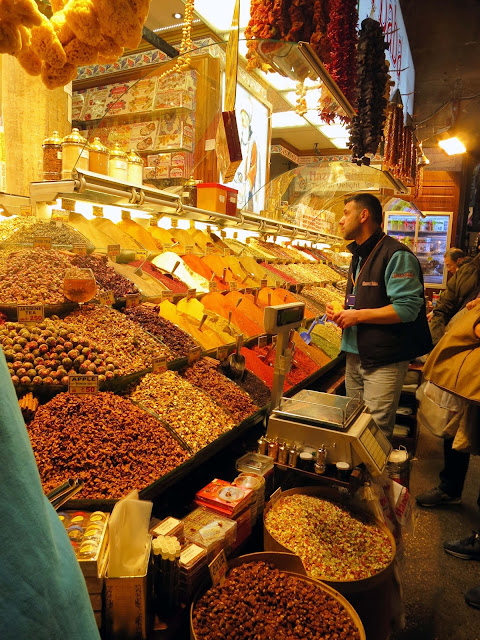 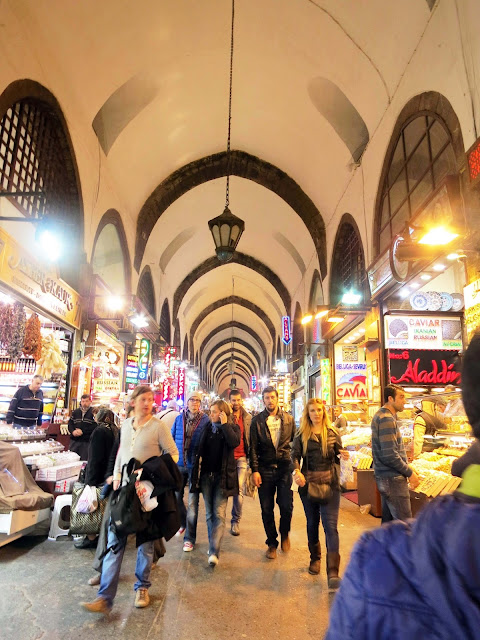 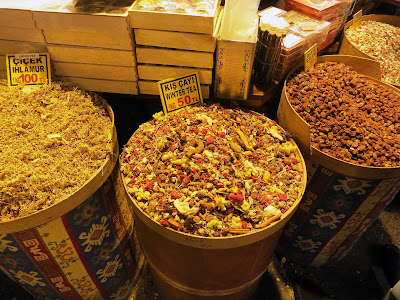 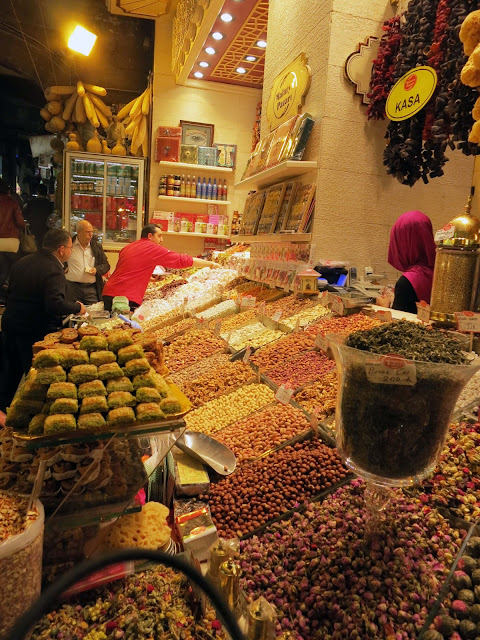 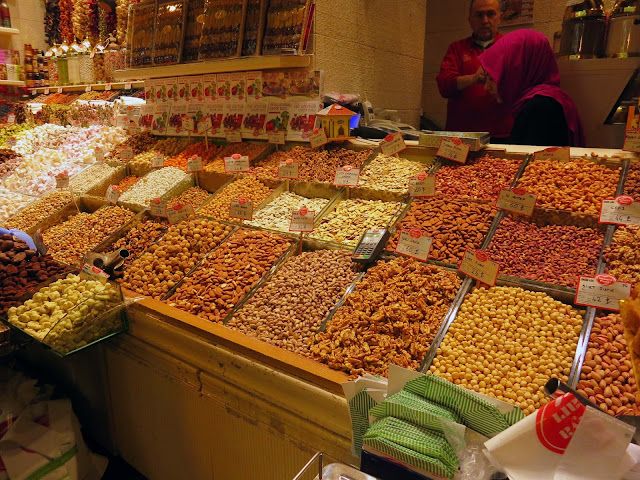 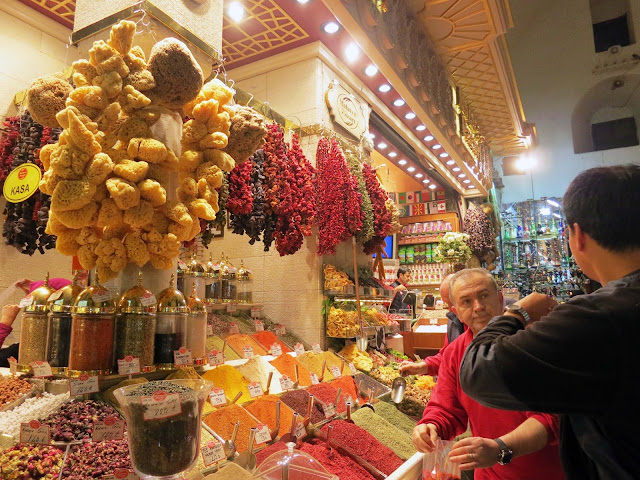 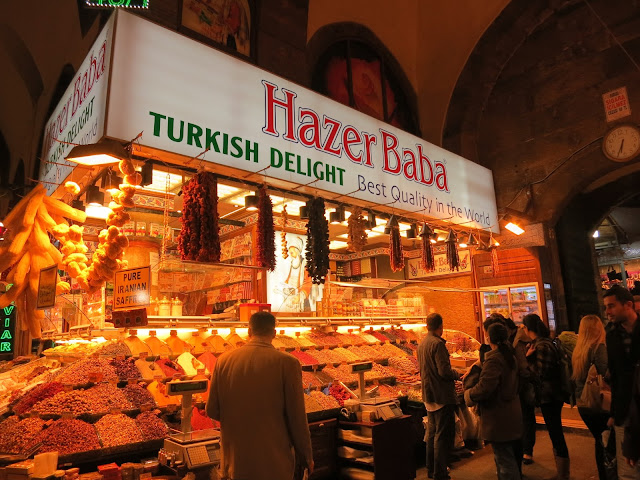 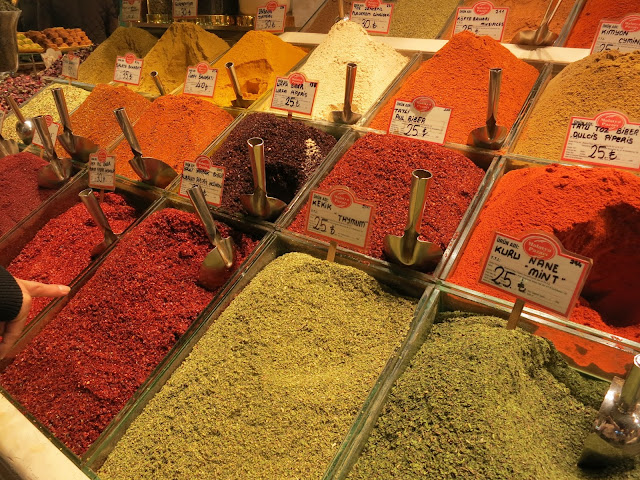 Posted by Smell the Coffee at 8:32 AM